Danish company Human Habitat has developed a hydroponic garden system that requires just 538 square feet of space to grow fresh food. Its two story design doubles the amount of food that can be grown per square foot. Not only can it be squeezed into almost any available space in cities, it could also be set up anywhere access to fresh food is needed. 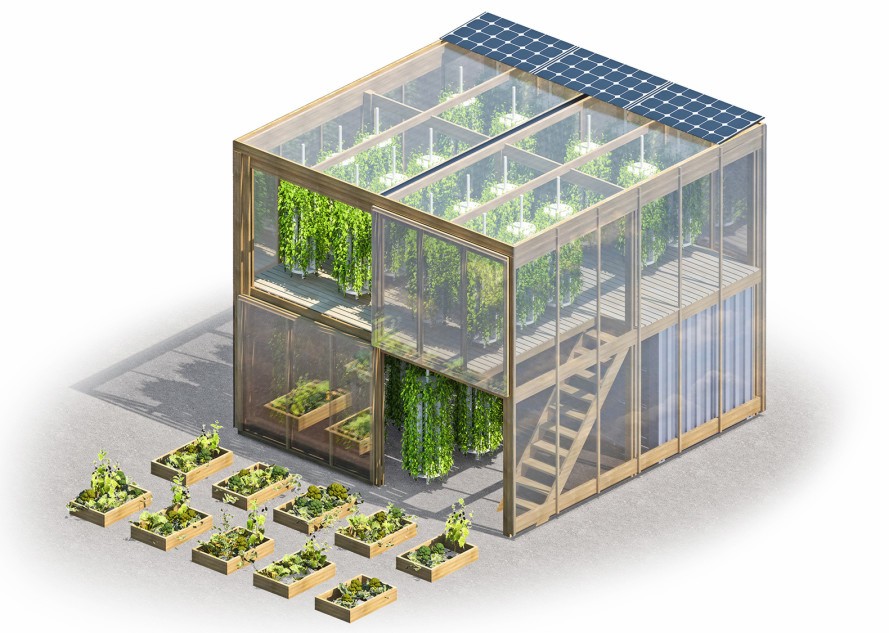 It is called an Impact Farm by its creators, Mikkel Kjaer and Ronnie Markussen. The flat pack hydroponic garden design allows it to be shipped virtually anywhere. The Impact Farm can be unpacked, set up and be in operation in just 10 days. and is suitable for both commercial and community needs. It is capable of growing greens (and microgreens), vegetables, herbs, and fruiting plants in its two-story frame. The produce is grown hydroponically, which means the only thing necessary for growing fresh food locally is water.

“We wanted to reconnect people to food by giving them a green space that brings nature back into our cities,” Kjaer tells Collectively. By giving people a useful skill to learn and opportunities for employment, urban farm addresses the problems of low employment and inaccessibility to fresh food. Of particular interest to the founders are so-called “food deserts.” Those are inner city neighborhoods that are under-served by traditional grocery stores.

The “food desert” issue has been addressed recently by the USDA, which administer the Food Stamp program in the US. It will now require merchants who service people on Food Stamps to provide fresh food instead of just cookies, snacks, and other highly processed packaged foods. A nearby Impact Farm could help fill that need.

The first Impact Farm hydroponic garden is now operating in Copenhagen, Denmark. There are plans to build more of the urban farms in other European cities. The founders are also investigating the US market. The Impact Farm is similar in nature to the Freight Farms concept that started in Boston recently. That company re-purposes shipping containers to become hydroponic gardens that can be trucked anywhere.

Hydroponic gardening is beginning to revolutionize commercial farming. It uses far less water and fewer pesticides than traditional farming and can exist closer to where the need for fresh food is greatest. It could be a godsend for disadvantaged people living in refugee camps and emergency shelters anywhere it the world. 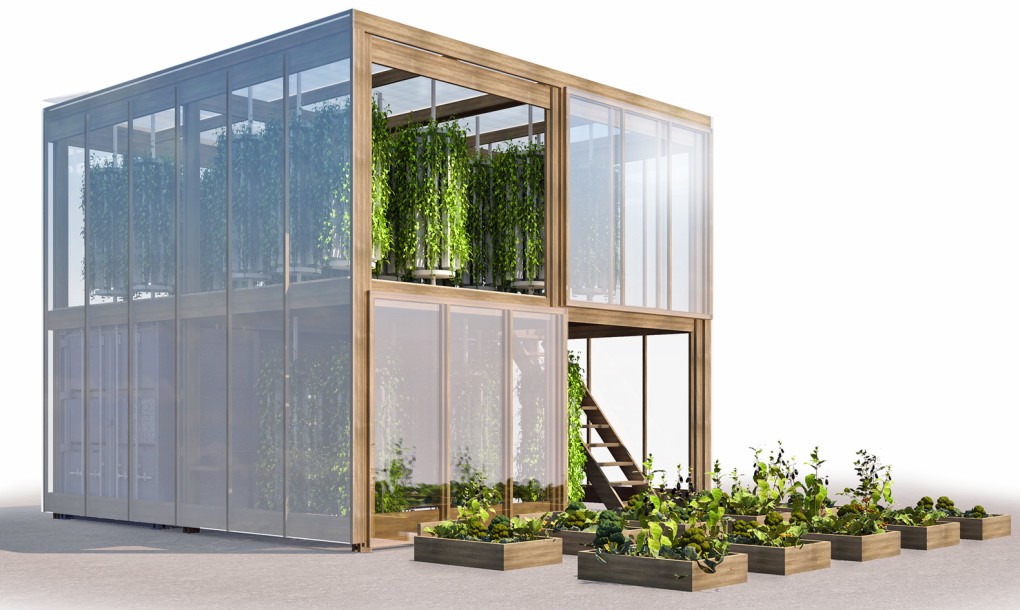