What’s the ROI / payback period of LED light bulbs and other green upgrades? 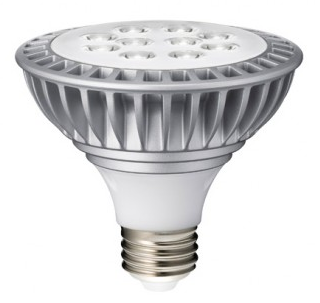 Saving money and saving the planet are both great objectives for businesses. Luckily, they go hand in hand, as many sustainability upgrades pay for themselves very quickly with the energy and water they save (like LED lights, energy star appliances, water saving devices, and the like).

But how does the green-minded business manager prioritize the wide variety of ways to green one’s business? Payback period and Return on Investment (ROI) are two measures used to determine whether something is, financially speaking, a good use of your money.

Thus, these green initiatives can be analyzed using ROI and payback period measures, which will drive strategic decisions by green-minded companies looking to cut their carbon footprint while also saving money.

Calculating a payback period is simple. You just have to compare a “new” scenario against your current scenario, and the only important outcome is how long it takes for the investment to pay for itself (to break even). There are, of course, a lot of variables and no case is simple. LED lights are a pretty easy one, though, so let’s use this as an example.

Just to keep the math simple, let’s say that you have one hundred 60 watt incandescent bulbs in your store or restaurant.  The first thing to do is calculate the number of kilowatt hours of electricity you’re using.

Take that and add time:

Multiply that by your utility rate for a kilowatt hour. The national average in the U.S. is roughly 12.5 cents per kilowatt hour, so we’ll use that for simplicity.

So that’s your baseline. Now let’s compare that to a new scenario in which you replace all your bulbs with LEDs. We’ll also add two more variables: the upfront cost of buying LEDs and the maintenance of the bulbs in both scenarios.

Scenario 1, where you do nothing, you now think about the replacement cost of the bulbs. Incandescent bulbs only last 1200 hours, on average. Thus, in the scenario, you’re basically replacing each bulb 3x per year. This adds about $3 per year, since these bulbs are pretty much dirt cheap.

Add this to your energy costs:

Note that this does not include the cost of getting someone up on a ladder to change out lights. There is a cost there, but for simplicity sake, let’s ignore it.

Now, let’s look at scenario 2, wherein you swap all those bulbs for LEDs. At a cost of $4 per LED bulb, the price has significantly dropped in recent years, but still remains quite a bit higher than the incandescents.

EarthLED has awesome deals on LEDs. Screen shot from EarthLED.com

So your payback period on these bulbs is slightly less than 2 months. I dare you to find me a stock that performs better than this! As you add replacement costs, labor of getting someone up on a ladder, the risk of someone falling off the ladder, and the ongoing electricity use of the incandescent bulbs, and the investment just looks better and better. Let’s look at ROI to get a clearer view of the the big picture.

Calculating a return on investment is very easy. All you need to have is the cost of the investment, the savings, and the period of time you’re interested in examining. In most cases, ROI is calculated for one year, so we’ll just use that, since we already did the math above. ROI is calculated as the savings minus the cost divided by the cost, and is typically expressed as a percentage.

So in our case:

Hard to argue those numbers. Investment portfolio managers would be absolutely stoked with a 50% return on investment. Getting 10x that is such a no brainer as to be laughable. What’s amazing is that Republicans can claim that banning these grotesquely inefficient and highly costly incandescent bulbs is an affront to Americans’ freedom to choose (something they obviously oppose in many other cases, like same sex marriage and reproductive choice), when it is clearly one of the easiest things companies and individuals can do to cut their bills, save money, and help make the world a better place. Of course, when you get huge political contributions from fossil fuel industries, you need to make sure that power plants that consume fossil fuels burn them unnecessarily and put financial burdens on all of us to help keep their political contributions coming.

But I digress. Now get up on that ladder (safely) and change out your LED bulbs!