“This action represents another major step toward establishing a clean energy future that is secure, reliable, and cost-effective,” Governor Cuomo said. “Robust offshore wind development is not only critical to meeting our clean energy and carbon reduction goals, this investment has the potential to create thousands of jobs and fuel a $6 billion industry for New York as it combats climate change.” 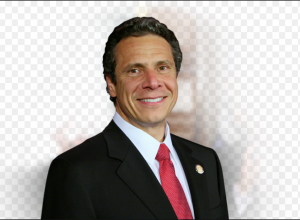 Declining costs around the globe due to industry development is a good sign that New York can capitalize on wind as an economic opportunity and renewable energy resource in support of the state’s climate goals.

Labor agreements and prevailing wages as contract requirements will be included in any awarded project. These provisions will ensure that good-paying jobs are associated with the project,which will support nearly 5,000 new jobs in manufacturing, installation, and operation of offshore wind facilities. Nearly 2,000 of these jobs are targeted for operations and maintenance, which are long-term career opportunities.

Further, the order includes provisions to ensure that any awarded offshore wind projects consider the interests of ocean users such as commercial and recreational fishing, environmental stakeholders, and coastal communities.

Richard Kauffman, Chairman of Energy and Finance, New York State, said, “Under Governor Cuomo and as part of this order issued by the Public Service Commission today, New York is building a viable and leading offshore wind industry with high-quality jobs for New York and the Atlantic Coast. Offshore wind is a tremendous clean energy source that will not only power millions of New York homes and businesses cleanly and affordably, it will help us combat climate change and reduce our reliance on dirty fossil fuels.

In June, NYSERDA was awarded a $18.5 million U.S. Department of Energy grant to lead the National Offshore Wind Research and Development Consortium. This nationwide offshore wind research and development consortium will be supported through a public-private partnership including the offshore wind industry, utilities, research laboratories, and other states.

To achieve the Governor’s 2,400 MW goal, New York has a goal to obtain 50% of its electricity from renewables by 2030. Lisa Dix, Senior New York Representative for the Sierra Club said that rapidly advancing offshore wind is not only necessary to achieve the Governor’s bold climate goals but “is critical to making New York a renewable energy economic powerhouse, a regional hub for the industry, build new ports, and create thousands of family wage jobs for New Yorkers.”

Because of its proximity and direct access to areas of the State with high population densities, offshore wind will provide substantial reliability, grid resiliency and diversity benefits to the electric system. By displacing fossil-fired generation in the downstate area, it will produce significant public health benefits and also reduce the need to build transmission lines from the upstate region.

Photo by Dominic’s pics on Foter.com / CC BY