Renewable energy is soon to be a major source of electricity for Japan, and international wind power companies are positioning themselves to take advantage of what is now seen as a lucrative wind energy market. Up until recently, many global energy companies have been wary of wind power generation in Japan, stymied by high installation costs and governmental regulations. But Japan’s invigorated emphasis on renewable energy through its new Basic Energy Plan may have changed many perspectives. Circled by oceans and breezes, Japan has an unexplored wind energy market that is becoming more and more appealing to energy companies. 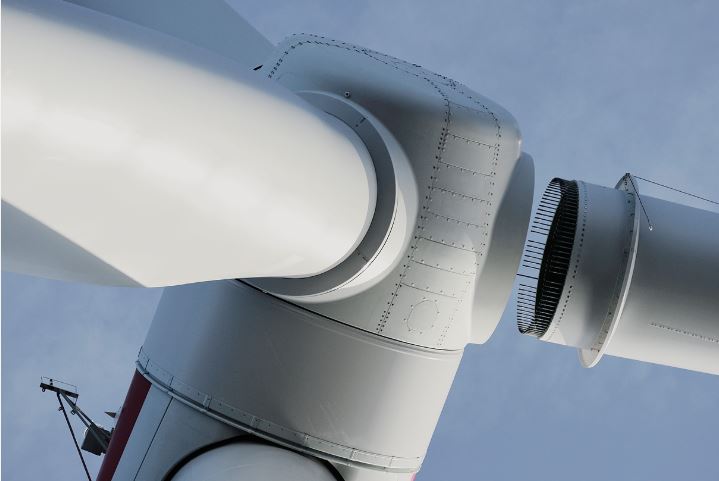 On July 3, the Cabinet approved its new energy plan, which includes a policy shift for the first time toward making renewable energy a major electricity source, while calling for support for the development of offshore wind power capacity. Wind power accounts for less 1% of Japan’s electric power generation, compared with 10% in Europe.

The increased focus on renewables underscores Japan’s difficult challenge to reduce greenhouse gas emissions in the years ahead under the 2015 Paris Climate Accord. Toward 2030, the government aims to have renewables account for 22% to 24%, fossil fuels 56%, and nuclear power 20% to 22% in the country’s electricity generation.

In essence, among the Basic Plan’s targets are a doubling of Japan’s energy independence ratio, a doubling of the percentage of electricity generated by renewable sources and nuclear power, and a 30% reduction in energy-related CO2 emissions — all by 2030. 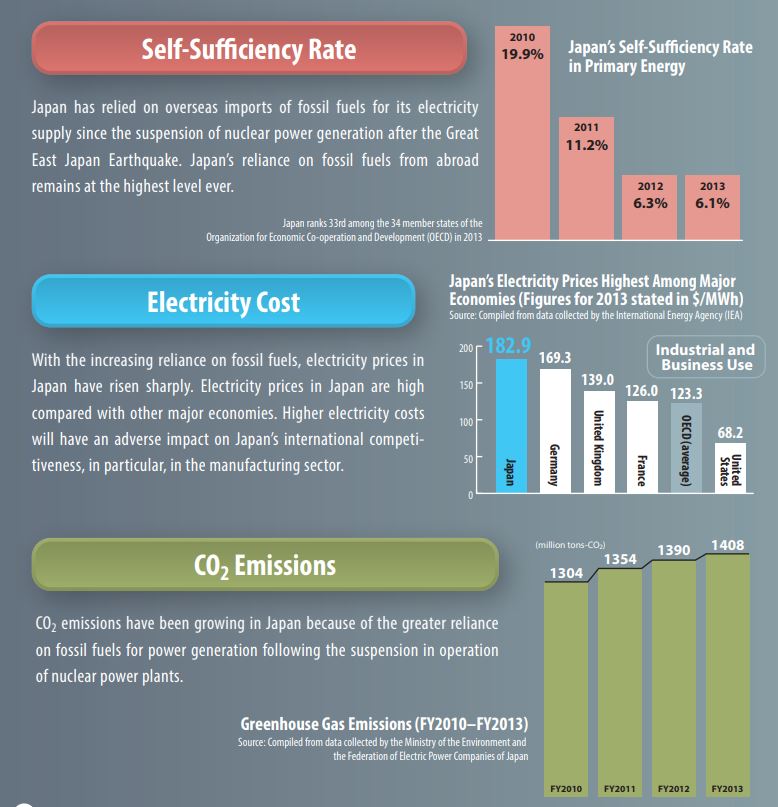 Image courtesy of Japan’s Ministry of Economy, Trade, and Industry

Offshore wind power generation produces electricity through wind turbines erected at the sea. It can generate power more efficiently than onshore because the wind is stronger at sea than over land. Floating turbines are likely to be favored in Japan, which is surrounded by deep waters.

Many challenges remain to the development of wind power generation in Japan. Among them is a lack of suitable seabed locations for fixing turbines, making them more costly to install because of the greater amount of steel required. Additionally, procedures for establishing floating wind farms are not well defined, including a framework for negotiating with fisheries cooperatives.