Shandong Pavenergy, a company that makes polymer-covered solar panels, is now paving solar roads in China. If this venture is successful, solar roads could have a major impact on the renewable energy sector and on consumer driving experiences as well. You see, road builders in China even want to design solar roads that can wirelessly recharge electric cars running on them. 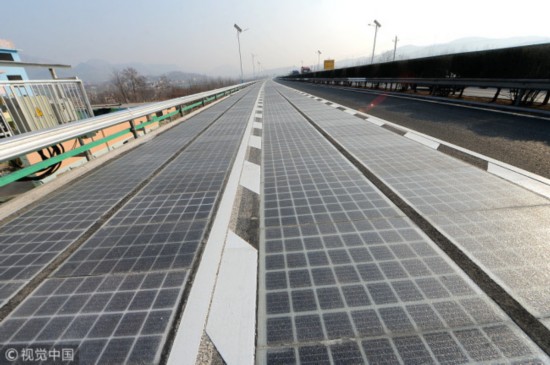 Solar road trials are becoming more popular as the technology improves and costs to produce solar continue to fall — a solar panel today costs about 90% less than it did only a decade ago. Solar roads have great potential to change the driving experience, as electric heating strips can melt snow and light-emitting diodes embedded in the surface can provide illuminated signage to direct drivers to exits, construction, or traffic hazards. Much of the electricity can be relegated to the immediate area around where it is generated, as the most frequented roads meander through and around cities. That proximity to major infrastructure is important so power is not lost in transmission.

One caveat is that solar roads at this point in time continue to be less efficient than rooftop solar panels at converting the sun’s light into electricity, generating only about 50% of the rooftop solar power. That’s because they lie flat and are covered occasionally by passing vehicles.

The surface of these panels, made of a complex polymer that resembles plastic, has slightly more friction than a conventional road surface. The friction can be adjusted as needed during the manufacturing process to ensure a level of tire grip equal to that of asphalt.

Solar roads are more expensive than asphalt, which costs about $120 a square meter ($11 US square foot) to resurface and repair each decade. The solar road companies Pavenergy and Colas are hoping to reach $310 – $460 US per square meter to install the solar roads – with around $15 US of electricity being produced by each square meter of solar road each year. This means the solar roads may pay for themselves over a 15 year period; asphalt roads don’t offer any payback.

The main Western rival to Pavenergy and Qilu is Colas, a French road-building giant that has developed 25 experimental solar roads and parking lots, mostly in France but also in Canada, Japan, and the US. The biggest of Colas’s solar sites, a country road in Normandy that opened a year and a half ago, has only half the surface area of the new pilot solar highway in China.

The solar road trial site was chosen because of its proximity to an electricity substation, ensuring that it would be connected to the grid. Pavenergy constructed the solar panels for the state-owned company, Qilu, which operates the highway where the solar road section is installed.

Generating electricity from highways and streets, rather than in fields and deserts packed with solar panels conserves land, is an advantage in a heavily populated country like China where demand for energy has risen rapidly. The experiment is the latest sign of China’s desire to shine in an increasingly profitable renewable energy market. The country already produces three-quarters of the solar panels sold globally, and its wind-turbine manufacturing industry is also among the world’s largest. China is adding solar and wind energy sites so fast across the country that power generation projects away from substations sometimes face delays of years in getting connected. 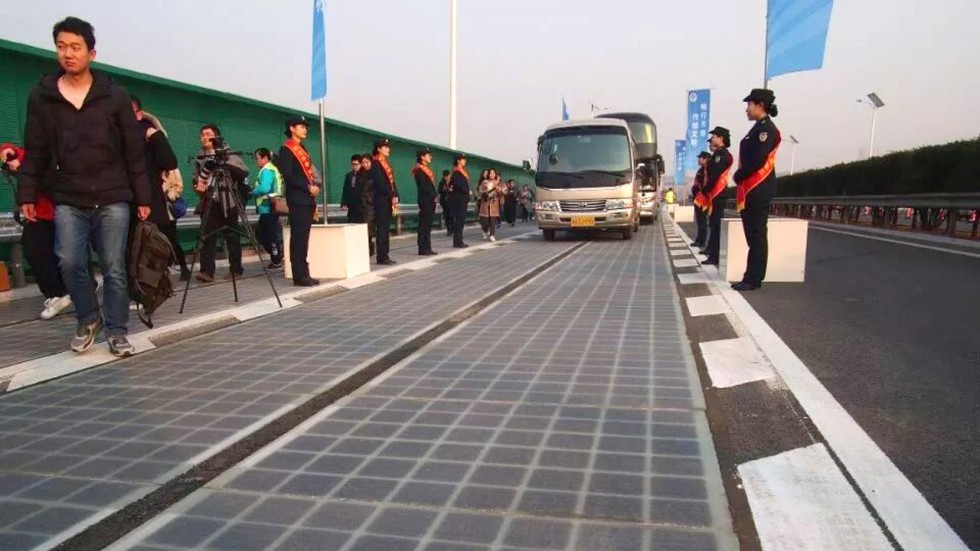