While National Grid figures showed that 2017 was the UK’s “greenest year” to date for electricity generation, the news is good for renewables in a Q1 2017/2018 comparison, according to the UK Department for Business, Energy, and Industrial Strategy (BEIS). They have reported that electricity energy generation from renewables increased to a record high of 30.1% during the three-month period, up from 27% during the first quarter of 2017. 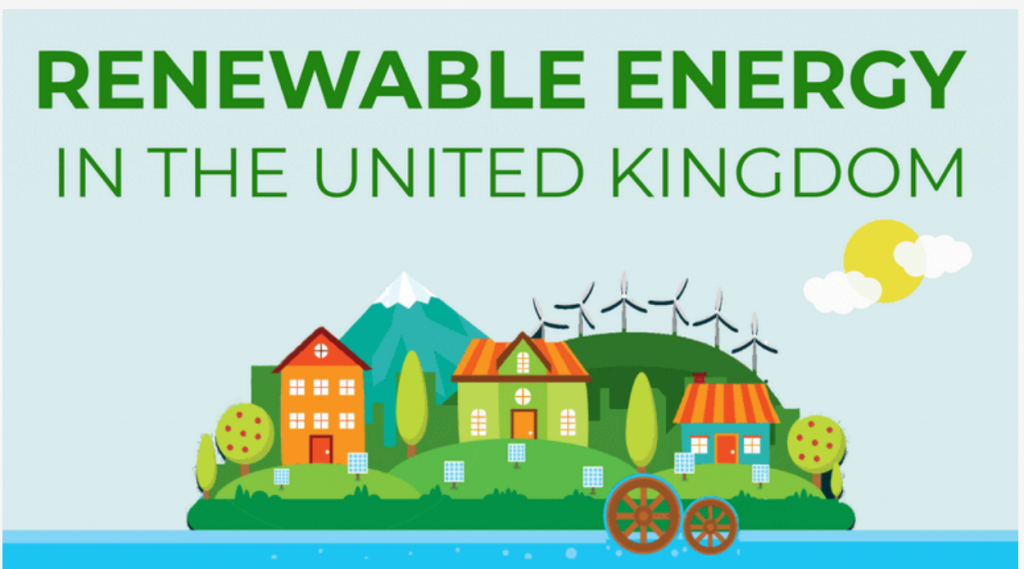 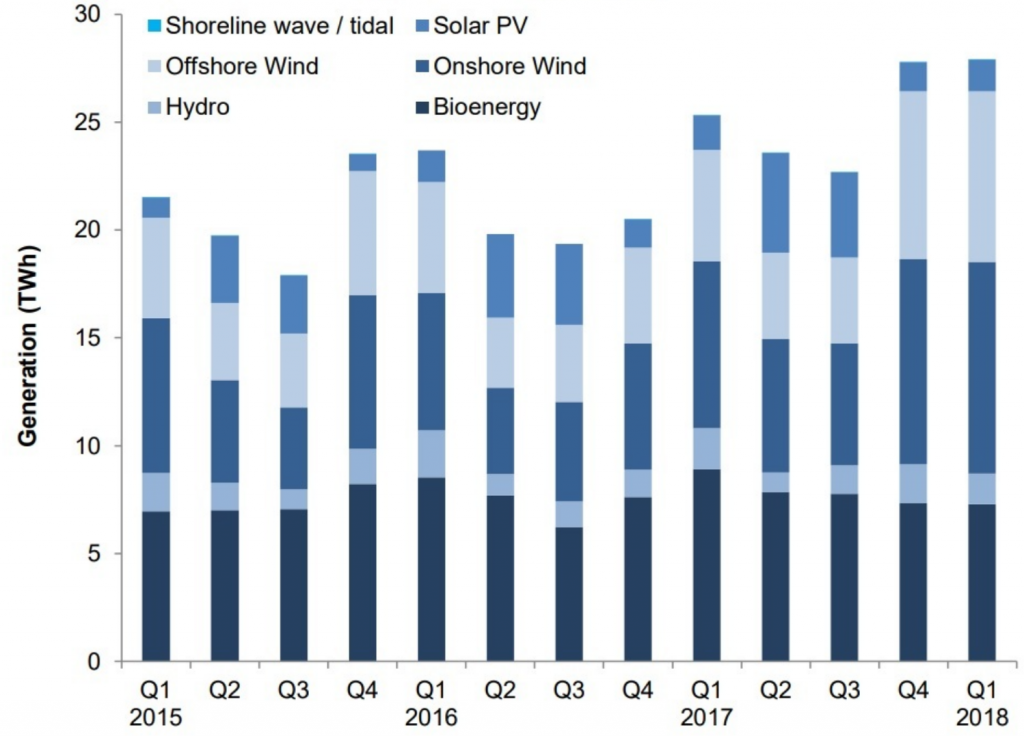 The UK is winning the race to clean up the energy system by taking a lead on rolling out renewable energy projects and cutting coal-fired power faster than its EU peers.

Rapid cost reductions in onshore wind and solar power have made it less expensive to generate electricity from these technologies than from new coal or gas plants, and offshore wind is not far behind. New wind and solar projects are winning project bids and are now being built without any subsidies or special incentives. With wind and solar now lower cost options for new energy generation, this trend will only continue to grow.

The main points for renewables for the first quarter of 2018 are: 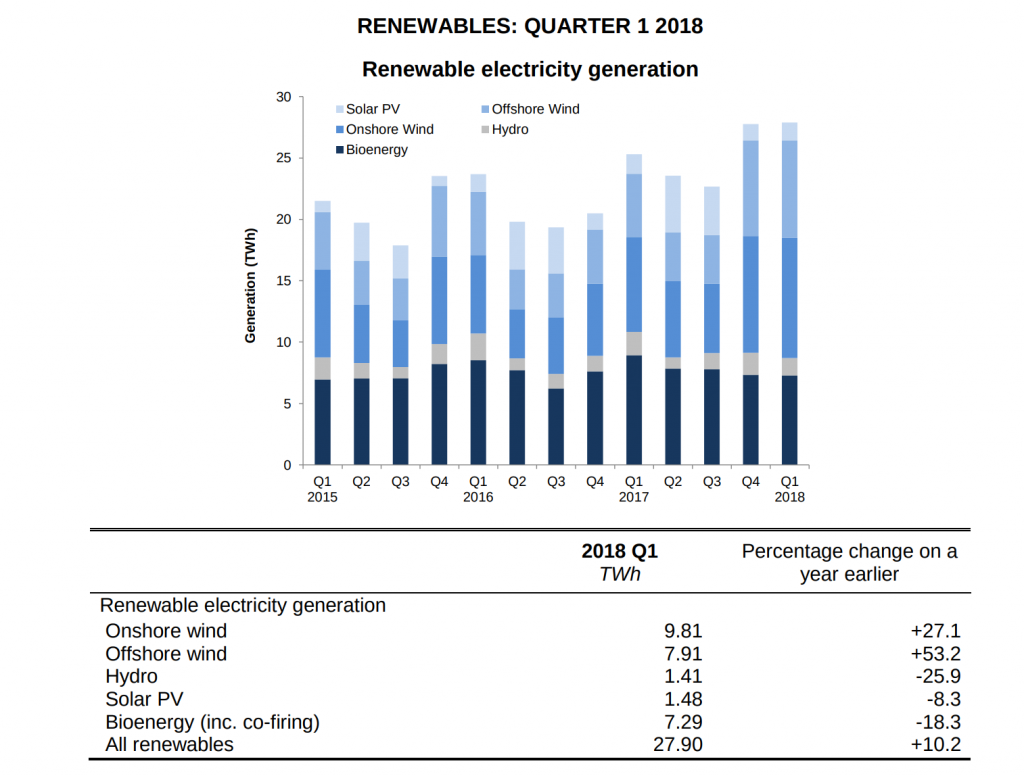 The Committee on Climate Change, however, argues that the increases from energy generation from renewables isn’t enough. The independent, statutory body has advised that the UK government’s multi-billion pound strategy to energize industrial growth with a low-carbon energy drive is still falling short of the UK’s legally-binding climate change targets.

Yes, reduced costs of renewables is having a real impact in Europe – from boosting new clean power deals to increasing green energy consumption. However, this latest warning from the Committee on Climate Change highlights that more can be done to close the gap between expected emissions and legislated, desired carbon targets from the 2020s. It requires foregrounding increase of clean energy capacity in all sectors of UK life as the necessary transition to a robust, adaptable, and efficient low carbon energy system. 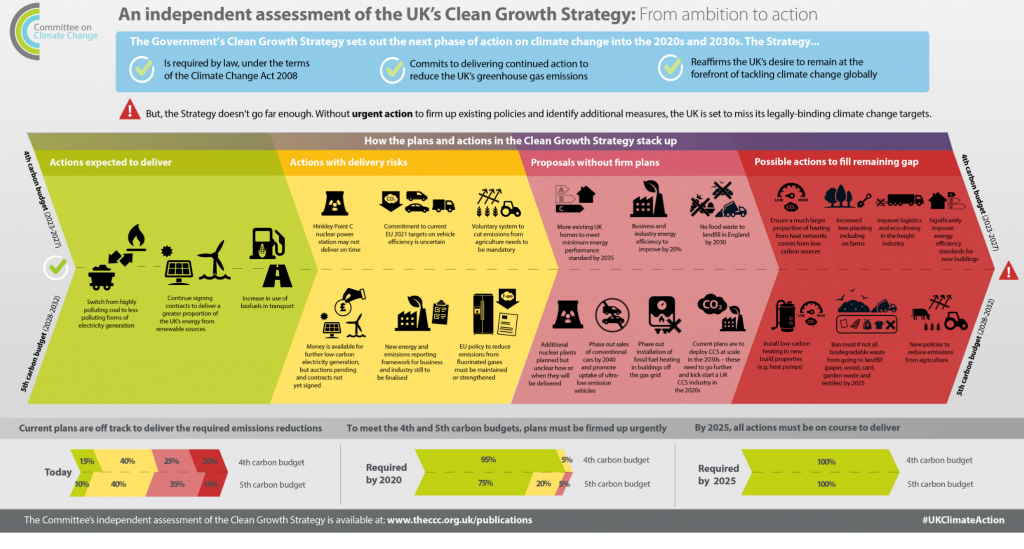