Research shows that consumers are eager to break their dependence on plastics and other non-reusables. Small business owners are in a unique position to help fulfill this desire. By experimenting with new plastic-free initiatives and products and seeing what works, small businesses can both stand up for legislation that guards against plastics pollution and avoid the pitfalls experienced by bigger companies who refuse to respect the environment and, as result, become synonymous with waste and greed. 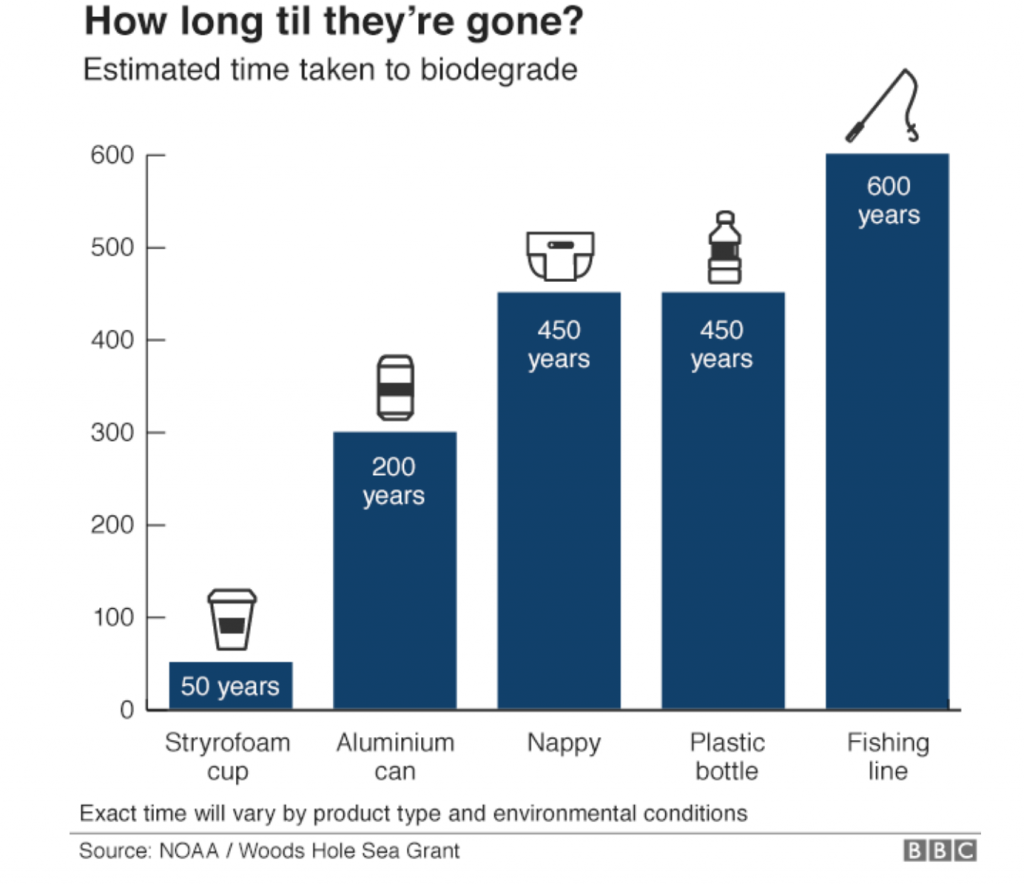 Mass production of plastics, which began just six decades ago, has accelerated so rapidly that it has created 8.3 billion metric tons—most of it in disposable products that end up as trash. With single-use plastic, like grocery bags and water bottles, now accounting for nearly 40% of global plastic production, the world’s consumers are thinking twice about the waste they generate. Estimates say less than a third of the plastic used globally each year is recovered and recycled. Consumers are demanding that businesses do better, and businesses need to listen.

Small businesses that eliminate single-use plastics can become local community role models, helping their customers to learn why single-use plastics are devastating to the environment and offering work-arounds that change plastic consumption practices. 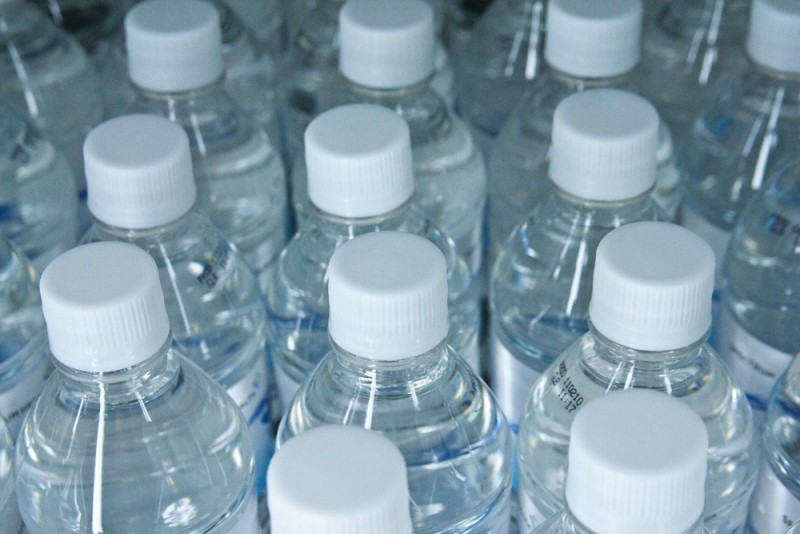 What’s So Bad about Plastics, Anyway?

Plastic is a material made to last forever, yet 33% of all plastic, like water bottles, bags, and straws, are used just once and thrown away. Plastic cannot biodegrade; it breaks down into smaller and smaller pieces. Disposed plastic materials can remain in the environment for up to 2,000 years and longer. According to the Plastics Pollution Coalition, toxic chemicals leach out of plastic and are found in the blood and tissue of nearly all of us. Exposure to them is linked to cancers, birth defects, impaired immunity, endocrine disruption, and other ailments. Two broad classes of plastic-related chemicals are of critical concern for human health: bisphenol-A, or BPA, and additives used in the synthesis of plastics, which are known as phthalates.

Why is Plastic so Harmful to Wildlife?

Wildlife become entangled in plastic, they eat it or mistake it for food and feed it to their young, and it is found littered in even extremely remote areas of the Earth. In our oceans alone, plastic debris outweighs zooplankton by a ratio of 36-to-1.

For sea birds and larger marine creatures like turtles, dolphins, and seals, the danger comes from being entangled in plastic bags and other debris or mistaking plastic for food. Turtles cannot distinguish between plastic bags and jellyfish, which can be part of their diet. Plastic bags, once consumed by wildlife, cause internal blockages and usually result in death. Larger pieces of plastic can also damage the digestive systems of sea birds and whales and can be potentially fatal. Over time, plastic waste slowly degrades and breaks down into tiny micro-fragments which are also causing scientists concern.

Seabirds, fish, whales, and other critters are gobbling up so much marine plastic debris because it smells like food.  Seabirds eat krill. Krill eat algae. As algae breaks down naturally in the ocean, they emit a stinky sulfur odor known as dimethyl sulfide (DMS). DMS smells an awful lot like plastics. 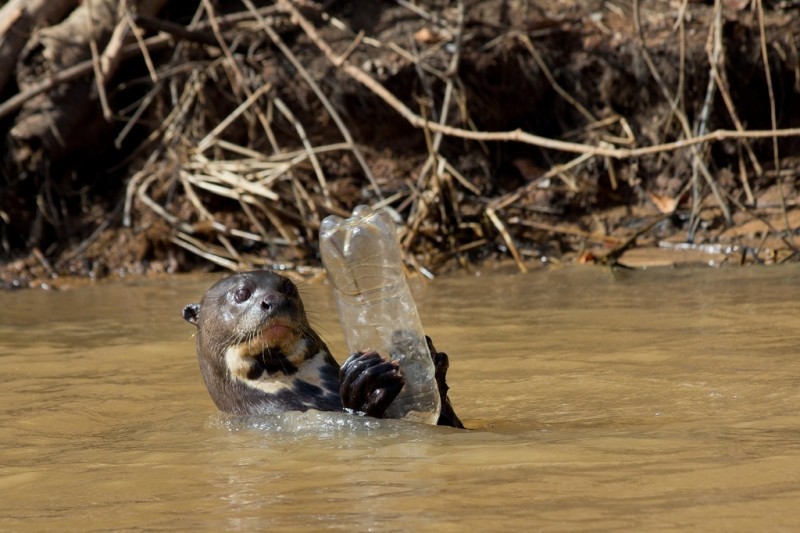 Plastic debris has been accumulating rapidly in the world’s ocean, roughly doubling every decade. In 2014, a global analysis measured ocean plastic at a quarter of a billion metric tons, much of it suspended in small rice-sized particles. More than 200 animal species have been documented consuming plastic.

Small businesses can take pride in procedures that prize durability and reuse. When small businesses eliminate single-use plastic, they can help people to think differently about the ownership of the things they use. It sets a model for customers to follow. That means instead of surrendering to the ease of buying and discarding, small businesses can start with the simple practice of using durable containers and refilling instead of constantly disposing.

When small business personnel purchase products that come in bulk, for example, they bring their own bottles, containers, and shopping bags. Small business owner can support consumers who bring their own transportation packaging. As example, because non-biodegradable plastic products such as straws clog landfills, litter land and waterways, and endanger wildlife, cities across the US are dropping straws from their condiment offerings.

Here are some ideas for small business action adapted from The Ocean is Everyone’s Business that can help businesses to reduce plastics. 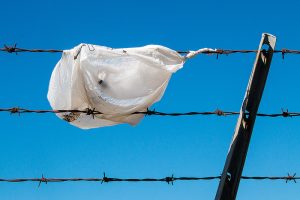 Not Everyone Will Support It If You Eliminate Single-Use Plastics

Reducing waste in general and implementing a business-wide plan to eliminate single-use plastics seems as if would meet with universal acclaim and support, right? However, plastics-industry-supported groups like the American Progressive Bag Alliance and American Chemistry Council have spent millions of dollars rebranding plastic with programs focused on convincing consumers that reducing our dependence on plastic is unnecessary.

By making the commitment to eliminate single-use plastics, small businesses will be looking to ensure that all plastic packaging is fully reusable, recyclable, or compostable by 2025 and to begin the transition to a circular economy business approach. As zero-waste and environmentally conscious consumers grow in number each year, the demand for minimally packaged products will only grow with them.

Photo by stevendepolo on Foter.com / CC BY

Photo by mitchell haindfield on Foter.com / CC BY