In March of last year, Sara Sakowitz, a teenager who had won national and international recognition for scientific research she conducted as high school student, began a new science education company called Blue Moon Box. The idea is to create a box full of materials and surprises that involve young people in scientific problem solving. They receive a new box every month that appeals to their sense of adventure, boosts confidence in their abilities, and spurs them on to explore their creative talents as they grow. 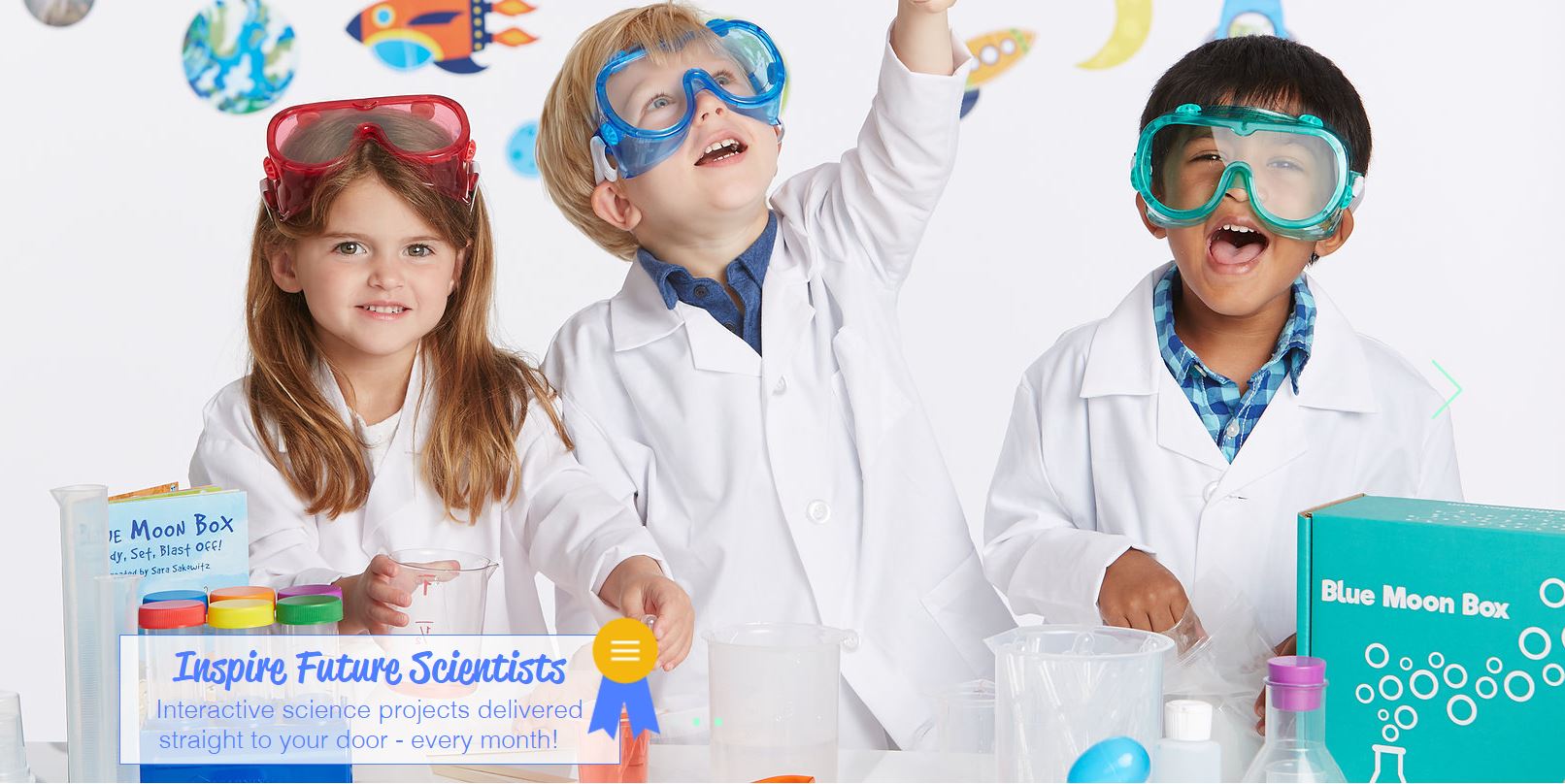 Blue Moon Box fits in perfectly with the STEM educational initiative which integrates science, technology, engineering and mathematics into a cohesive learning environment based on real world applications. That sort of engagement in the scientific process is thought to be especially important for girls, as it will teach them how to enjoy those four topics before they are exposed to social stereotypes that tend to limit their world view.

Most educators and researchers agree that early, hands-on science learning is best for creative and scientific development,  yet budget cuts nationwide make it hard to get funding for extracurricular science programs and projects. For Sakowitz, Blue Moon Box is the beginning of an effort to make science, engineering, technology, and mathematics education much more hands-on and interactive.

Sakowitz is now a student at Columbia University. She says, “Kids have this idea in their head of what a scientist looks like and they feel that they don’t belong. They couldn’t be farther from the truth. We want to give girls and boys the tools to become scientists themselves and engage with amazing, fun science before they’re even aware that damaging societal stereotypes exist. We believe that it doesn’t matter what you look like – it just matters what you can do.”

After a successful Kickstarter campaign, Blue Moon Box was transformed into a thriving business that delivers interactive science related materials right to the front door of homes all across America. Its website is designed to be attractive and approachable to young students. “Science is the key to the future – it gives us the tools to explore our world and discover new ones,” the Blue Moon Box website says. The company is working to build an online community for parents and children to share their scientific journey.

A subscription to Blue Moon Box costs only $25.00 for one month or $210 for a full year of adventure and discovery that comes right to your door. That’s only $17.50 a month for a 12 month subscription. Wouldn’t you love to see the excitement on your children’s faces as they anxiously await the delivery of their next Blue Moon Box? Here’s something that may affect the course of your children’s lives and it that only costs pennies a day. Why not start your subscription today?