Camelina oilseed biofuel and petroleum jet fuel in a 50-50 blend powered a Cessna 182 propeller plane to a new aeroplane efficiency world record. On July 12, 2016, Ross McCurdy and co-pilot Thierry Saint Loup covered 848 nautical miles in nine non-stop hours. The Cessna was equipped with an SMA compression ignition engine that’s one of less than two dozen in use in the country.  The partially biofuel-powered engine saved about 30 to 40 percent more fuel than a gasoline engine, which uses about 14 gallons per hour.  A compression ignition engine burns eight gallons per hour. 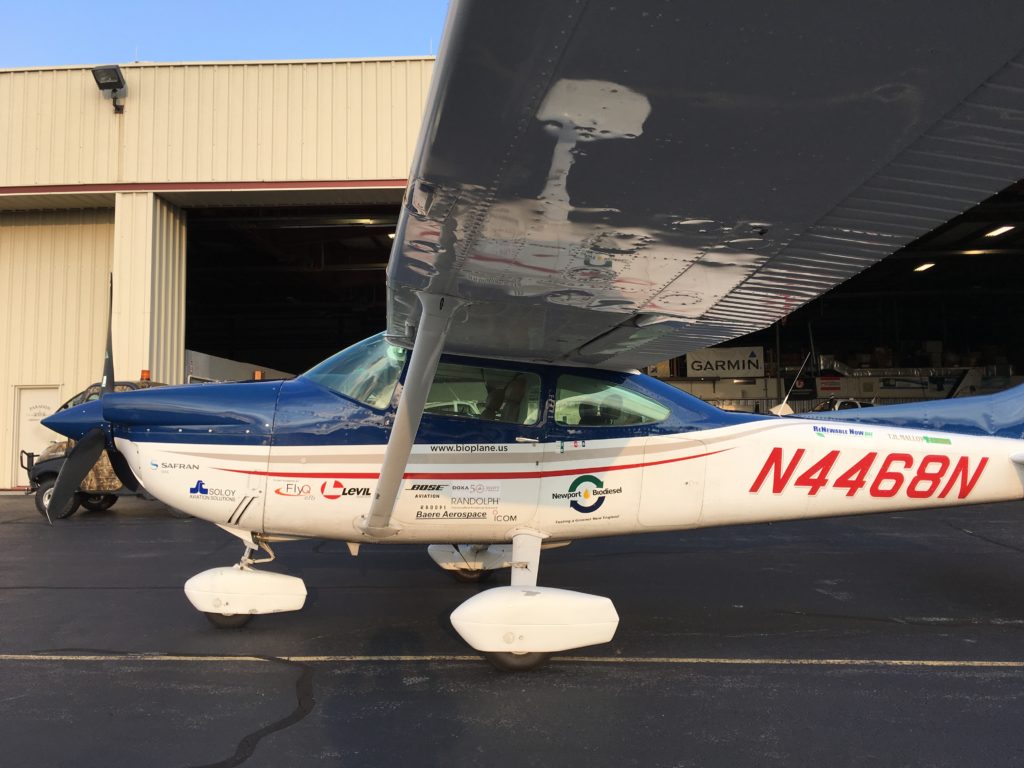 The world record-winning flight captured what is an emerging national interest in small-scale biofuel production using oilseed crops. Camelina, a grassy plant with seeds rich in oil, “grows well in northern climates, with tiny seeds about the size of a mustard seed,’’ McCurdy said. Using the renewable biofuel made from Camelina has many benefits. Emissions are reduced, the carbon footprint is lowered, and the lead that is still used in aviation gasoline is eliminated.

What is the Oilseed, Camelina?

Biofuels have great potential as innovative eco-business ventures. Oilseed is particularly under scrutiny these days. According to the Agricultural Marketing Research Center, Camelina germinates at soil temperatures of 36-38 degrees F. It can be planted early in the spring, similar to planting times for oats, barley, and spring wheat. Camelina seeds are dense and small at 345,000 to 500,000 seeds per pound.  They can be broadcast or drilled. Production of Camelina can also be a fall planted winter annual in more southern states.  Although evaluated on the east coast and as far south as Florida, it appears to perform best as a spring annual in the Pacific Northwest and northern Rocky Mountain states.  Camelina has cold hardiness.  It can be planted in very early spring by drilling or broadcasting 3-5 lbs/A PLS shallow (1/4”) into a firm seedbed.

From Seed to Biofuel Production

Seth Fore is a graduate student at the University of Minnesota, He’s been studying small scale on-farm biofuel production. He described the crushing via a mechanical press that’s necessary to work with Camelina and other oilseeds.

“A rotating screw inside a horizontal cylinder with a capped end exerts a large amount of pressure on the oilseed, expelling the oil out of small holes along the cylinder wall while the meal is forced out a hole at end of the cylinder,” he said. The mechanical press produces a typical oil “extraction efficiency from 65-75%.”  It has optimal press configuration most appropriately dictated by the total demand for either oil or meal and the time frame of demand.

The Eco-Business Potential in Camelina

Biofuel policies have multiple goals.  They help to reduce dependence on oil imports, increase energy security, and facilitate rural and national development by providing jobs and improving trade balances. In fact, farmers located in rural areas can be encouraged through cooperatives where it is possible to participate in the running of biofuel farming and production. Biofuels have the potential to extend and diversify our country’s energy supply, which helps reduce foreign dependence on oil.

McCurdy argues that, by increasing energy efficiency and using renewable energy in our vehicles, homes, and businesses, “we can save money, improve the environment, and move towards a sustainable future.” He won the 2015 Presidential Innovation Award for Environmental Educators by the U.S. Environmental Protection Agency and the White House Council on Environmental Quality.