Electric bicycles often incorporate many features like remote locking,  GPS, and automatic lights. Dutch bicycle manufacturer VanMoof offers e-bikes, but it thinks some of those electronic features will appeal to riders of conventional bikes as well. 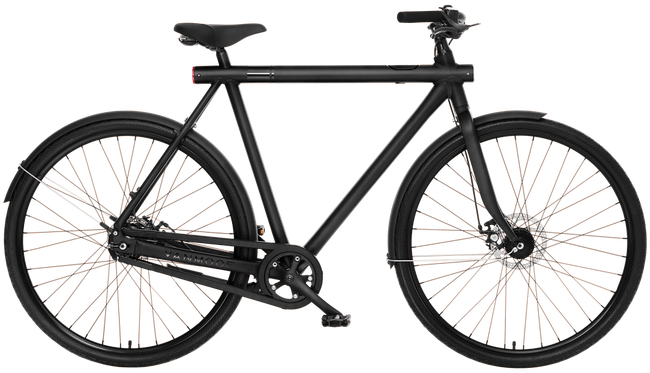 It’s SmartBike, which will go into production toward the end of this year, is packed with features for the everyday rider and bike commuter, including a keyless lock, automatic lights, and a built-in GPS tracking system. The SmartBike includes a radical “Peace of Mind” anti-theft guarantee. If the bike is stolen, it can be traced via the GPS tracker. VanMoof says if its “bike recovery team” cannot retrieve the bike within 2 weeks, it will give the owner a new bike. There is no word if the company has such bike recovery teams outside of the Netherlands.

The SmartBike also uses anti-theft fasteners on its components, as well as a built-in keyless locking system with integrated locking chain. Both work with an integrated smartphone app to secure the bicycle.

“We at VanMoof believe riders have shouldered the burden of bike theft for long enough. It’s great that there are thousands of engineers around the world working day and night to improve racing bikes and mountain bikes, but we found there’s been little focus on improving city bikes. That’s why we’re committed to solving major problems like bike theft – and to encouraging more urban commuters to swap four wheels for two,” says Taco Carlier, cofounder of VanMoof

All of the electronic features are powered by the rider while pedaling the bike. It comes with an enclosed drivetrain and disc brakes front and rear. Riders can select either a 3 speed or 8 speed configuration. Both have the transmission integrated into the rear hub, which eliminates all the headaches associated with conventional derailleur systems. The anodized aluminum frame comes in either grey or black.

VanMoof is taking pre-orders for the SmartBike at discounted prices — $1,098 for the 3 speed and $1,298 for the 8 speed. The 3 speed model will retail for $1,798 once it goes on sale in December. The price includes free shipping worldwide. The company supports its customers with a “Love it or return it for free” program.