Job Security in the Gig Economy: An Event at Impact HUB San Francisco

Last updated on by Andrea Bertoli

Our friends at Impact HUB San Francisco are hosting an event next week that addresses the concerns of the ‘gig economy’ and what it means for freelancers and contract workers.

Presented as part of the Sustainable SF series in partnership with San Francisco Public Press and KALW Public Radio, the Impact HUB San Francisco will host a conversation with David Cay Johnston and Rose Aguilar about how corporations are deconstructing traditional employment — and the safeguards for working conditions, health and wages they once provided– within the gig economy. The discussion will cover possible solutions for individuals and local governments, and ideas for national legislative reform. Event is May 19, 6:30-9pm. 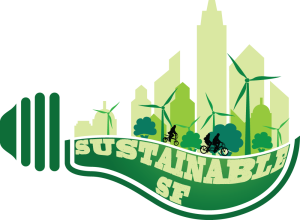 David Cay Johnston is a Pulitzer Prize-winning investigative journalist known for uncovering loopholes and inequities in the U.S. tax code, stealth subsidies to corporations and pioneering coverage of Inequality. He is the immediate past president of Investigative Reporters and Editors and the author of the bestselling trilogy “Perfectly Legal,” “Free Lunch” and “The Fine Print.” He teaches at Syracuse University College of the Law and is a columnist for The Daily Beast, USA Today and Tax Notes.

Rose Aguilar is the host of “Your Call” on KALW Public Radio.

Register for this event here at Impact HUB.

It’s only $10 for non-members, and free for HUB members.

The gig economy is a new-ish industry term (also known as ‘peripheral work’ or, relatedly, the sharing economy)that addresses those working in non-traditional employment roles, like Uber drivers, freelance journalists, and independent workers. This type of work has, of course, been around for decades, but with recent news of Uber and other companies offering this type of work on a large scale, it’s brought to light some of the concerns with this working style.

Fortune explains that whether the gig economy is a great way to bring independence and creativity into the workforce or whether it’s a ploy of corporations to wash their hands of responsibility is really dependent upon the worker being asked.

Time looks at the topic from a similar lens: these non-traditional jobs are often loved AND hated. “Independent contractors [enjoy] the freedom of working without set hours but are not afforded the safety nets that traditional 9-to-5 employees have. In return, [companies] save fortunes on employee-­related expenses such as payroll taxes but must give up control over exactly how and when workers do their jobs. Questions about liability and ­responsibility—and whether these companies are exercising more control than they’re acknowledging—have led to protests, bans and referendums from San Francisco to New York.”

The Time article linked above has a great infographic that examines this paradox; even though some workers have concerns about financial stability, their poll showed that most workers in the gig economy are optimistic about their financial future, but still the majority agree that the industry is exploitative of workers and lacking regulation.

worker with tablet image from BigStock; other images from Impact HUB