Syd Kitson is a curious man — in a good way. He looks around at all the technological breakthroughs for solar power and self driving cars happening today and is curious how they will impact the cities and towns we live in tomorrow. Ten years ago, Kitson purchased a piece of land 5 times larger than Manhattan on the banks of the Coloosahatchie River in Florida. The parcel is about 10 miles inland from Fort Myers. 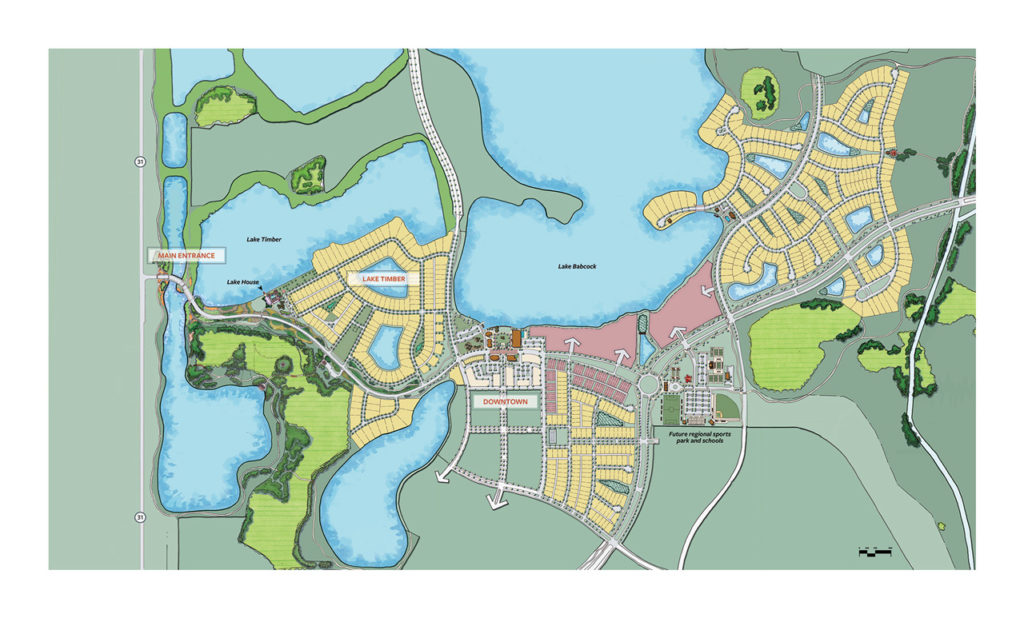 His was not the highest offer for the land. But he approached the owners with a proposal that was very much to their liking.”We came to them and we said, look, we want to preserve as much of this as possible, and then create the most sustainable new town that has really ever been attempted,” says Kitson, CEO of Kitson and Partners.

The new town is called Babcock Ranch. Its houses will be close to the downtown area so people can walk or ride bicycles to work or do their shopping. Electric power will be supplied mostly by solar panels. Babcock Ranch will not have a traditional public transportation system. Instead, residents will use autonomous cars that drive themselves when they need to get to other nearby towns.

It’s easier to start from scratch with better infrastructure than to retrofit an existing suburb or city, Kitson says. “How you design your roads—thinking about pedestrian walkways and bike paths, if you’re making it walkable and bikeable and pedestrian-friendly—doing that from the beginning is much easier.”

Florida Power & Light is putting up 350,000 solar panels on the property. They will make enough electricity to power a community of 50,000 people. “During the day when the sun is shining, all the power at Babcock Ranch will be solar energy,” Kitson says. “Then at night when the sun goes down, the grid will take over and it will be natural gas. The combination of energy will be the greenest in the country.”

Kitson is also thinking of adding battery storage facilities. “The holy grail for renewable energy is figuring out how to store it so you don’t need to turn to the grid at night,” Kitson says. “We’re talking to several companies about how we can do that, even at a neighborhood scale, almost like a micro-community of a system.”

Kitson has more ideas in mind. Outside the small, walkable town, the majority of the land will be restored for wildlife or recreation. Over the last decade, wetlands and other waterways have been partially restored. As a result, crayfish, native birds, and other native plants have returned.

90% of the original parcel was sold to the state of Florida and Lee county for preservation. “We were able to preserve these 73,000 acres forever,” says Kitson. “It can never be touched. If you ask me what I’m most proud of, it’s that.”

Sometimes, a person can do well by doing good.