Arthur Kay is the the epitome of an ecopreneur. A trained architect, he was designing a new coffee shop and became obsessed with the fate of all the coffee grounds left over from the brewing process. A little research taught him that coffee has a higher caloric value than wood. Kay figured out how to compress the grounds into bio-fuel pellets. They are then used in industrial boilers to heat factories, offices, and airports. 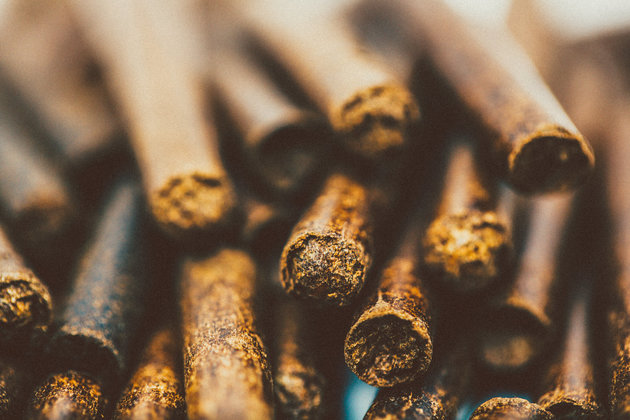 Bio-Bean, his three year old company, now reprocesses about 10% of all the coffee grounds in the UK — about 50,000 tons — into pellets every year. That’s enough to heat about 15,000 homes, Kay says.

Kay is no touchy-feely tree hugger. He understands that money is what motivates people, not principle. “It’s about making sustainability the cheaper option and the better option in terms of quality of product, it’s not about saying you have to do it for an ethical reason,” Kay says.

The collection service he uses charges coffee shops less to pick up the waste grounds than they normally pay to have them hauled away. The pellets Bio-Bean makes cost less than traditional fuels like oil, coal, natural gas, or propane. The fact that Bio-Bean pellets are carbon neutral is beside the point. Saving people money is what drives the business.

Kay has other plans for the waste coffee grounds. He is turning some of them into charcoal briquettes for outdoor grilling. Bio-Bean is also making a log for burning in the fireplace or in an outdoor campfire. His products do not smell strongly like coffer when burned, he says. “It doesn’t have a particularly strong aroma. I kind of think if you know it’s coffee, you can tell; but it’s just got a kind of interesting smoky aroma.”

Next, Kay is planning to extract oil from the coffee grounds. “Our dream is to power London buses. You could power every bus in London, and one or two out of London, with London’s coffee grounds.” It could even be used as jet fuel in commercial aircraft.

Kay’s endeavor proves that there is opportunity all around us. As my old Irish grandmother used to say, “One man’s trash is another man’s treasure.” The trick is recognizing an opportunity and turning it into a thriving business. 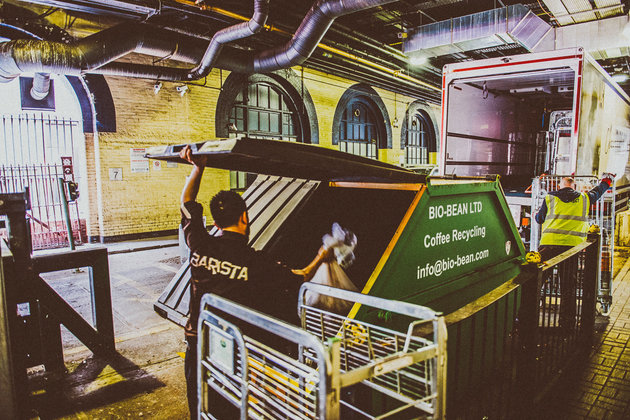