The news is getting worse every day. The world’s oceans and polar regions are warming at alarming rates, threatening humanity with prodigious climate changes that could inundate most major cities and cause tremendous hardship. There is only one solution: Leave fossil fuels in the ground and start taking advantage of renewable energy as quickly as possible. 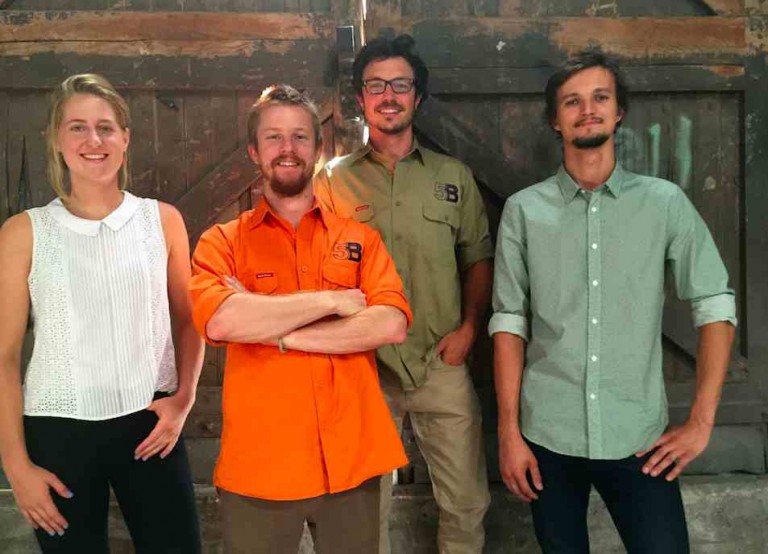 Humanity is ruled by economics, however. Doing good is not thought of as highly as doing well — even if doing well means destroying the earth that sustains us. The more we can reduce the cost of renewables, the sooner we will make the changeover to 100% fossil fuel free energy.

A group of Australian engineers is busy working on a technology they think could change the economics of large scale solar, according to RenewEconomy.com. The company, which calls itself 5B, is working on a pre-fabricated and re-deployable solar farm solution. What that means in colloquial English is that the technology can be shipped to a project site, then set up quickly and inexpensively. If it is no longer needed in the future, it can be disassembled and shipped to a new location.

That’s an idea that is especially useful for Australian businesses. The interior of the Australian continent is an enormous area devoid of cities and infrastructure like roads and electrical grids. It may be especially appealing to mining operations and others who may only need solar power for a 5 to 10 year project. Under this plan, the plant can simply be packed up and shipped to the next customer when no longer needed.

Chris McGrath, one of the founders of 5B, says the company is not yet ready to reveal all the details of the new technology. But he is promising a “cheap and fast way to deploy large-scale solar.” The team is currently working on a 20kW module that they are looking to deploy at a site on the outskirts of Sydney. If that works as planned, McGrath says, the company will have a “cookie-cutter” model that can then be applied in bigger arrays, up to tens of megawatts.

A prototype was installed last year, just to test the speed of deployment. A 6kW array– slightly bigger than the average rooftop installation – was erected and installed in just 4 minutes. It had been pre-fabricated in by the 5B team in its work shop. “These arrays will be an order of magnitude faster [than conventional systesm],” he says. “Essentially it is a logistics and deployment exercise.”

“It’s a very simple technology,” McGrath says. “Simplistically, we describe ourselves as a module logistics company, and what we are targeting is what we consider to be low hanging fruit. We want to get the cost of solar and renewable energy to the point it is so cheap it can compete without subsidies.”

The 5B plan is to reduce labor onsite by doing the construction in a factory. “We end up with a simple and low cost system that can be assembled in a factory close to where the project is. We want to get to $1 a watt pretty quickly.” The cost of a traditional solar farm in Australia is closer to $1.80 per watt.

Cutting that almost in half will make solar more competitive. Installation in remote areas can also save a tremendous amount of money that would otherwise be needed to construct an electrical grid. It will also make solar cheaper than using diesel generators in remote locations. We all know that renewables are good, but driving down the cost of renewable energy will be critical to keeping more fossil fuels in the ground and carbon emissions out of the atmosphere.