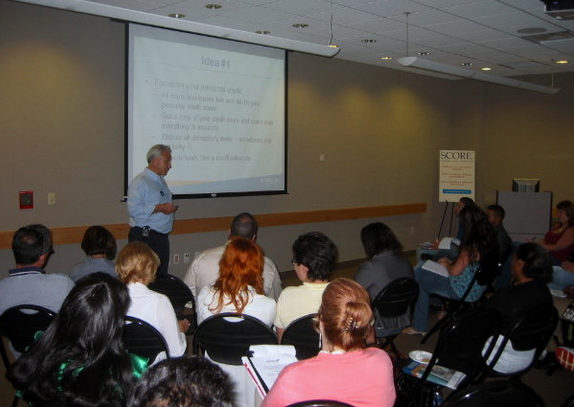 SCORE, an entity funded by the Small Business Administration, was set up to help small business owners and perspective entrepreneurs succeed by providing free workshops for marketing, accounting systems, entity formation, taxation, and the like. These workshops are all taught by volunteers, as indicated by SCORE’s name, which used to be an acronym for “Service Corps of Retired Executives”. These days, the name has changed, and it’s no longer required that these volunteers be retired. Many people wonder, are these free workshops really helpful? The answer depends on many things, of course, but unfortunately, the requirement that volunteers be retired used to protect attendees from predatory and unscrupulous business owners using SCORE as a free marketing service for themselves, and that requirement is no longer in place. Recently, I attended a seminar given by two CPAs serving the Honolulu area, Chip McClelland and John Schuyler, who were leading a full day workshop on starting a business, along with a volunteer from a local bank who was talking about financing, and a volunteer from the state office who taught a section on entity formation, filings, and tax requirements. As it turns out, McClelland and Schuyler are perfect examples of what can go wrong in SCORE workshops.

McClelland started his talk by asking the audience, “How many of you think you have to pay taxes?” Many puzzled looks ensued, and tentatively hands went up. McClelland brushed them off, jokingly calling everyone naive. He then told us that, over the course of the day, he and his partner were going to show us how to pay no taxes, by using our businesses as a tax haven. Between the two of them, they spoke for roughly 4 hours during the day, mostly about the evils of Obamacare, how regulations are ruining business and killing jobs, and how government squashes innovation. Toward the end of the day, we still hadn’t really covered how anyone can truly avoid taxes, and the two CPAs went into lightning round, whipping through dozens of 20 year old slides with tiny font, tons of charts, and drawings made with boxes and arrows from a 1998 version of Powerpoint. These slides were “free, no problem, just ask and we’ll send them to you,” according to Schuyler and McClelland.

Most of these slides were labelled “Professional Business Services”, which was also listed in the day’s handout as the company these two partners ran. However, upon googling it and looking it up in yelp, I found no such business in the Honolulu area. They had no website, and, indeed, even their business card doesn’t list their website, or even go under the same name as their slides and SCORE bios: 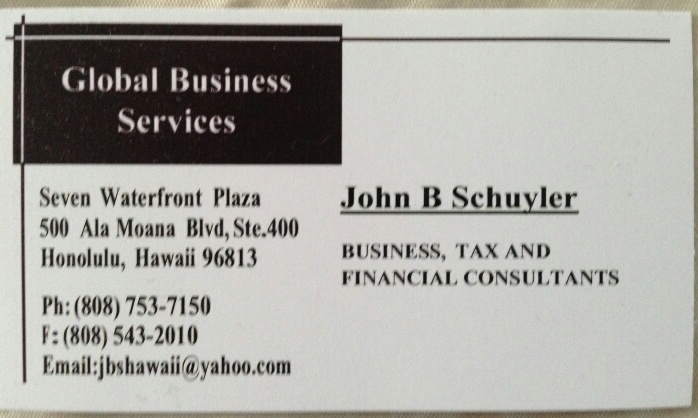 A professional accounting firm with no website, and an email address @yahoo.com?

At the end of the day, most participants simply left confused, let alone knowing how to avoid taxes. Of course, that was exactly the intended outcome, as Schuyler and McClelland were standing ready to hand out their business cards at the close of the day to those who didn’t quite learn what they needed to learn in order to do the impossible and avoid taxes altogether.

Their slides were garbage, designed to confuse, and the day was spent as a free pulpit used by these two conservatives to scare potential business owners about the dangers of universal health care, as well as drumming up business for themselves. Here’s an example of one of their slides…keep in mind, this is for a first time, “thinking about starting a business” perspective entrepreneur. 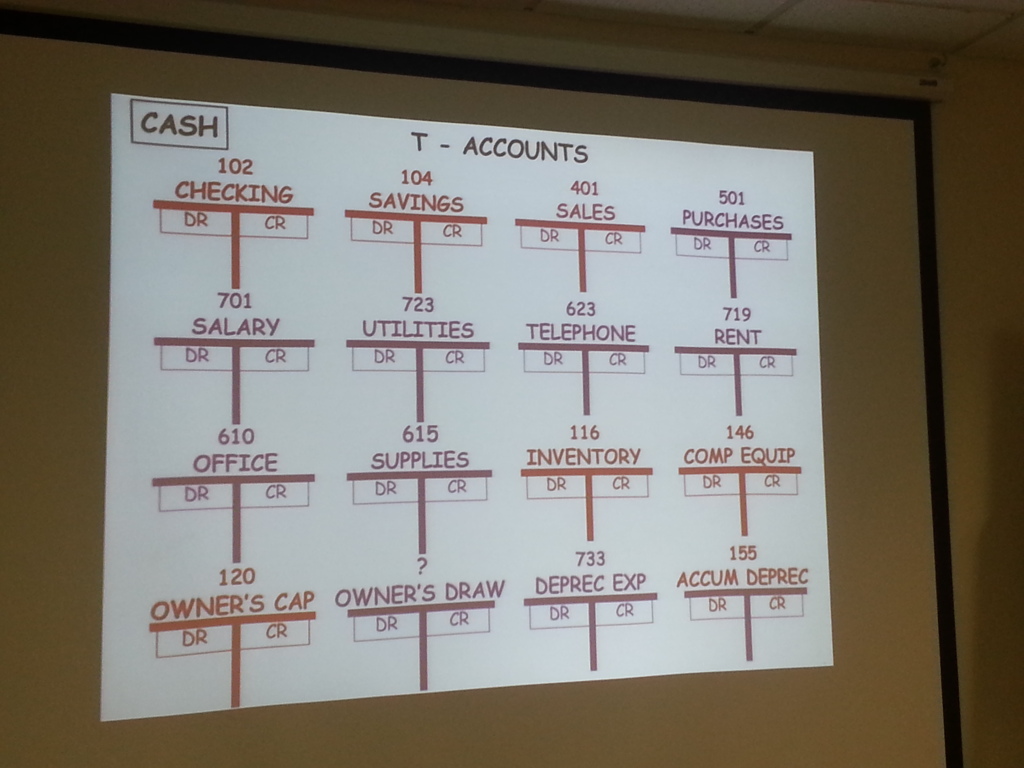 If this slide means nothing to you, you’re not alone. It’s designed to confuse.

SCORE’s stated reason for being is:

This is a noble and worthwhile objective, and I’ve taken several SCORE workshops throughout my life that have helped me in various ways. The problem happens when unscrupulous and unethical businesspeople use SCORE as a marketing platform (and in this case, a political pulpit) to waste peoples’ time and effectively leave them with just one conclusion: that they need to hire this person because whatever it is they came to learn on that day is simply too confusing and needs to be left to the “experts”.

But does this scam work?

In short, absolutely. Several of my “classmates” were bought in, hook, line and sinker, and went immediately to seek out these two scam artists’ business cards. At one point in the class, Schuyler even brought up a document, and as he was digging through files on the computer, I saw on the screen a folder with the title of a friend’s business here in Honolulu. Later I asked the person if they were a client of Schuyler and McClelland, and she said yes, and that they’d met during a SCORE workshop, in which she learned, in no short order, that even basic bookkeeping is much better left to “professionals”, like these guys.