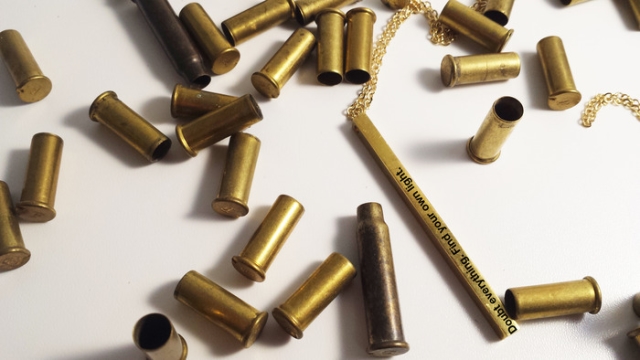 The country of Cambodia has the dubious distinction of being the most bombed country in the history of mankind, and more bombs (by weight) were dropped on Cambodia between 1965-1973 than were dropped by allies on all countries during WWII.

Some 30% of those bombs failed to detonate on impact, so these weapons of destruction continue to kill and maim, long after the conflict has ended. This unexploded ordnance (UXO) has contributed greatly to the fact that Cambodia is now also home to the largest population of amputees in the world, with some 30% of the UXO-related injuries and deaths there involving children.

One entrepreneur is using the detritus of war and conflict as a raw material for a sustainable jewelry collection, which is handcrafted by artisans in Cambodia who earn a fair wage, while also helping to fund the clearing of more land in Laos and Cambodia that is currently littered with UXOs.

Forrest Curran’s Purple Buddha Project upcycles the remains of weapons of conflict left in Cambodia and Laos, along with other conflict artifacts from around the world, into stylish necklaces and bracelets, in effect turning these killing tools into a pathway to a better future in those countries.

“The collection of jewelry pieces integrating history into each piece consist of: weapons of conflict from Cambodia, bits of meteorites from space, Coins used by the British in trade during British Colonial rule in India by the British East India Company, and fragments of the Berlin Wall.” 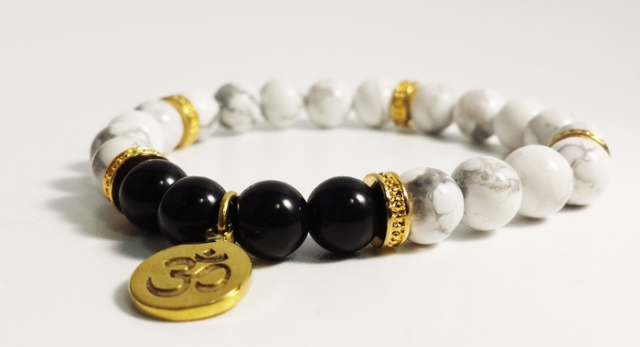 To get this project launched in a big way, Curran has turned to a campaign on Kickstarter, in part to raise money to purchase equipment and establish distribution channels. Backers at the $45 level will be the first to receive some of the new jewelry line, which includes pieces made with bullets and bombshells from Cambodia.