Net-Zero Is the Holy Grail of Commercial Green Buildings 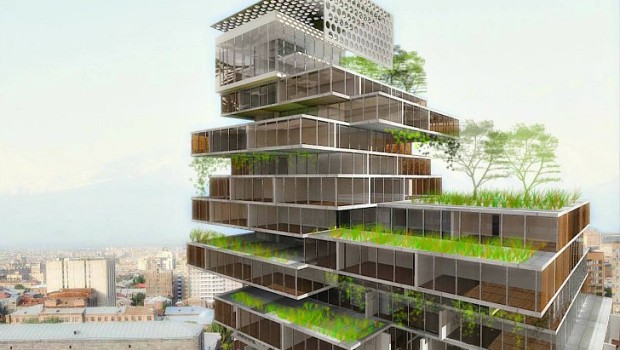 It wasn’t that long ago that the term ‘green building’ was seen as something extra you did or tried to incorporate into construction in order to greenwash it or give it a ‘touchy-feely’ green aspect for marketing purposes.

Because the general public doesn’t have a good grasp on what a green building truly is, I think that has made the issue a bit of a hard-sell for some people, until they “do the math” and find out that green buildings are anything but greenwashed, and that it makes as much economic sense to build green as it does environmental sense.

Net-zero buildings, which combine incredibly energy-efficient design with renewable energy generation, is the next big step for green building, and one which has been called “the new holy grail within the green building construction marketplace.”

Dawn Killough, over at our sister site Green Building Elements, has the story:

Net Zero Buildings = the Future of the Commercial Market

The future of the green building market rests on net zero buildings.  These projects promise innovative new design – like that seen in this net zero building proposal for a Mercedes-Benz office building in Armenia – integrate a number of advanced “green” materials to maximize efficiency with renewable energy sources that generate as much energy as the project uses on an annual basis. In other words, it uses zero energy, “net”.

Senior Vice President of Turner Group and President/CEO of Turner Building and Science Design William Turner predicts that the pace of growth in Zero Energy Building (ZEB) construction will grow even faster than recent estimates done by Navigant Research, who indicates the market growing to $1.4 trillion in 2035.

“What we are experiencing on the ground level is rapid acceleration in the number of owners and builders going towards a Zero Net Energy platform,” explains Turner. “We are now able to demonstrate cost effective strategies on a wide variety of building types that allow green buildings to also be high performing buildings … The introduction of the LEED rating system clearly helped the green building marketplace to flourish.  However, now that the enthusiasm over Gold and Platinum plaques has waned, building owners are more keenly focused on building long term value into their green buildings.  Net zero buildings are (now) the new holy grail within the green building construction marketplace.”

Another Turner executive, company President Harold Turner, says that green building and net zero building simply make financial sense in today’s market: “Building owners and developers are learning that there is real ROI value created in constructing high performance buildings that shows up in sales levels, annual operating costs, and resale pricing.” President Turner goes on to say, “Pocketbook issues have always been associated with building green.  However, going further than just green by adding high performance features changes the dynamics.  People don’t have to waste time debating climate change, they can do ZEB construction now based purely upon the economic fundamentals if they want … which only gets better over time as energy costs increase.”

This is good news for those who have tried to differentiate themselves in the green building market.  When clients desire green building and energy efficiency for financial reasons- and, often, the savings really are there!- it is often easier to convince them that it makes sense in their current project.