Supercapacitors from Hemp Fiber Could Be Half the Cost 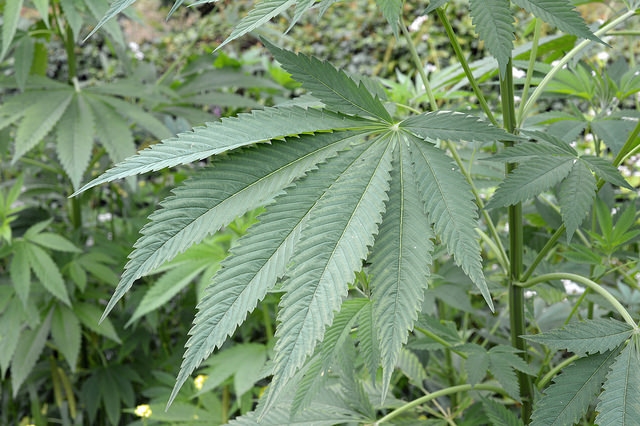 Hemp. Is there anything it can’t do?

Hemp may not be able to save the world on its own, as some proponents claim, but it certainly can yield affordable and planet-friendly solutions for everything from building to clothing to food to paper products, and recent research suggests that it could also provide a low-cost material for high-tech energy storage.

The future of energy storage, at least for mobile devices and electric vehicles, lies in the development of supercapacitors, which have a high power density, can be rapidly charged (or discharged), and are capable of more charge cycles than batteries. Supercapacitor technology has mostly focused on using graphene as the main component, which is highly efficient but also expensive to produce, but the development of a hemp-based alternative that performs “on a par with or better than graphene” could be the next big step for affordable supercapacitors.

Steve Hanley, over at our sister site Gas2, has the story:

Super-capacitors can store and release electricity like a battery, but can be recharged in seconds instead of hours. At the moment, they are usually made from graphene, a man-made super material that is 100 times stronger than steel by weight, conducts electricity better than copper, and is more flexible than rubber. Unfortunately, graphene is very costly to produce. A team of researchers led by David Mitlin at Clarkson University in New York have found a way to produce super-capacitors from an inexpensive hemp fiber left over from textile and building material construction that could pave the way for a mainstream super-capacitor.

Mitlin admits that his hemp fiber can’t do everything that graphene can, but for energy storage it works just as well – and at a tiny fraction of the price. The first step, he explains, “is to cook it – almost like a pressure cooker. It’s called hydrothermal synthesis. Once you dissolve the lignin and the semicellulose, it leaves these carbon nanosheets – a pseudo-graphene structure.” These sheets are then assembled into electrodes and an ionic liquid added as the electrolyte, resulting in super-capacitors which operate at a broad range of temperatures and a high energy density.

The American Chemical Society Journal ranks the hemp based material “on par with or better than commercial graphene-based devices”. It says the hemp fiber’s properties work down to 0 C and display some of the best power-energy combinations reported in the literature for any carbon. Fully assembled, their energy density is 12 Wh/kg, which can be achieved at a charge time of less than six seconds.

Why is this important?

We reported just yesterday that Tesla is working on a battery that uses graphene anodes to double the range of its cars. Elon Musk is quoted as saying the new technology could find its way into Tesla automobiles “soon”, if they make economic sense.

Substitute Mitlin’s new hemp based material for the graphene in  Musk’s experimental battery and you have a device with high energy storage ability and fast recharge times. Which means the lowly hemp plant, so long despised and vilified, may be the key to unlocking the the secret of affordable, practical electric cars.