Could This Little Gadget Clean Up Our Car & Truck Engines? 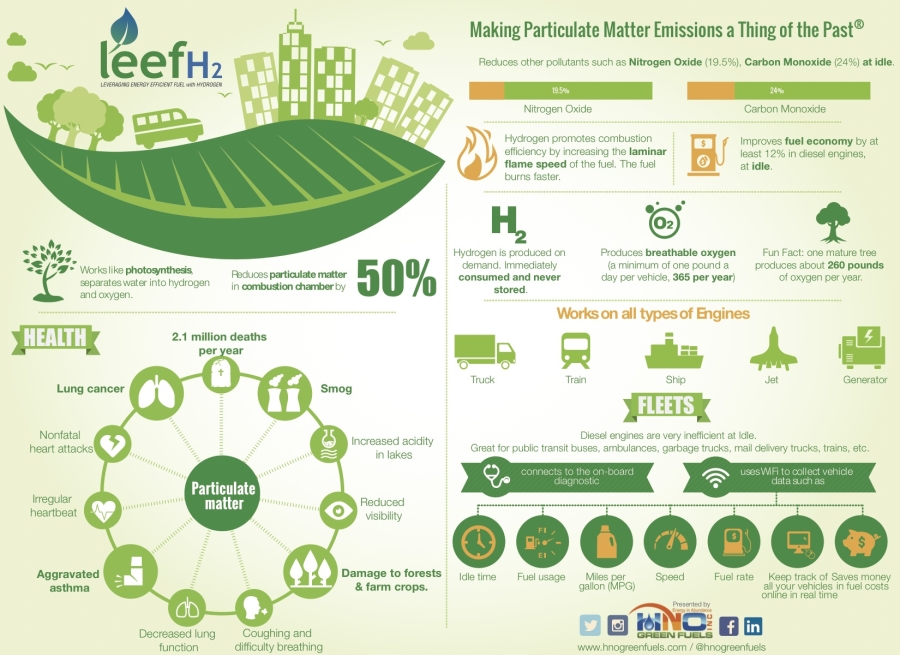 Aside from purchasing a new vehicle with cleaner emissions and higher efficiency, how can one reduce the amount of harmful tailpipe emissions? If this crowdfunding campaign succeeds, you may be able to add this little machine to an existing car or truck engine, which is claimed to reduce particulate matter emissions, increase combustion efficiency, and produce breathable oxygen, without reducing the performance of the vehicle.

The LeefH2 takes aim at the emissions of the dirty internal combustion engine, especially diesels, which account for large amounts of harmful particulate matter in the air, by functioning as a kind of mechanical leaf in order to feed the engine with very small amounts of hydrogen. By adding minute amounts of hydrogen to the combustion chamber, the existing fuel is said to burn faster and more completely, reducing fuel consumption and increasing efficiency.

According to the LeefH2 Indiegogo campaign page, the device can be integrated into any combustion engine, without any major changes to the vehicle, and can reduce particulate matter emissions by almost 50%, while also producing oxygen (from splitting water into hydrogen and oxygen).

The LeefH2 doesn’t store any hydrogen, but rather produces it in small amounts on demand, and the hydrogen isn’t the main fuel for the vehicle, which continues to burn gas or diesel as originally designed.

Find out more about LeefH2 at HNO Green Fuels, or at the Indiegogo campaign page.