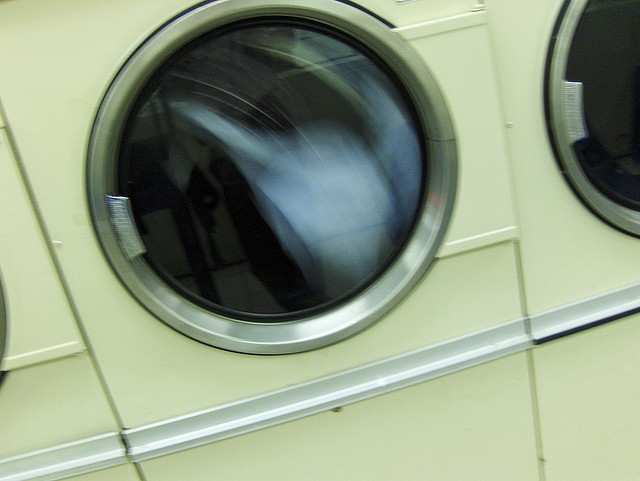 One incredibly common household appliance, the electric clothes dryer, is responsible for a whopping 2% of electricity consumption in the US, often consuming as much as the refrigerator, washing machine, and dishwasher combined. And while many other appliances have received much more attention, and therefore benefited from advanced energy efficiency technologies, electric clothes dryers have lagged far behind in the United States, especially when compared to more efficient versions sold overseas.

A recent report from NRDC found that when compared to those in use in 1981, clothes washers now use 40% less water, and 75% less energy, which is a significant change. But because clothes dryers haven’t seen the same improvements in efficiencies, they are responsible for large amounts of energy waste and costs, and could be a prime target for innovation from eco entrepreneurs.

The report, A Call to Action for More Efficient Clothes Dryers, states that by replacing electric clothes dryers with energy efficient models could save $4 billion per year, just on home energy bills, which doesn’t include the potential positive impact of reduced power demands.

“Updating our home dryers to the level of the most efficient ones sold overseas could save Americans $4 billion a year on their utility bills. It’s time to bring U.S. clothes dryers into the modern era and achieve some of the massive efficiency gains all the other major home appliances have seen.” – Noah Horowitz, director of NRDC’s Center for Energy Efficiency Standards

In addition to the $4 billion in estimated energy savings, NRDC also claims that the move to energy efficient clothes dryers would cut carbon dioxide emissions by 16 million tons per year, the equivalent of three coal-fired power plants.

To move forward on reducing energy waste from clothes dryers, the organization recommends that the US update the testing methods for measuring energy use by dryers, develop dryers with improved energy efficiency, put a labeling program in place (such as the Energy Star ratings) to help potential buyers identify the best models, and provide utility rebates for the top energy efficient clothes dryer models.

For the intrepid eco-entrepreneur, this could be a great opportunity for developing technology or hardware for increasing the efficiency of electric clothes dryers currently in use, building smarter control systems for new models, rebuilding or retrofitting gas dryers, or perhaps even coming up with a better clothes drying system altogether.