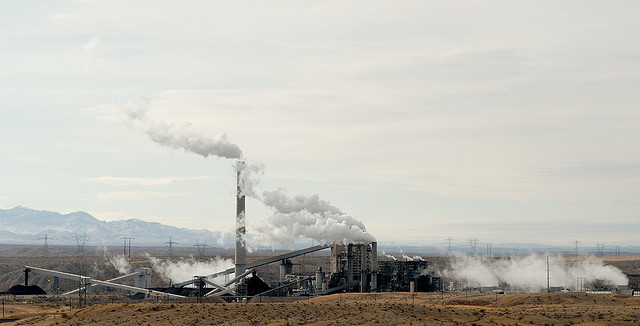 The author of the carbon market concept found in the UN Kyoto Protocol, Graciela Chichilnisky, who is currently the Professor of Economics and Statistics at Columbia, has another ace up her climate change sleeve, and this one isn’t nearly as nebulous as the idea of buying and selling carbon credits, but could play an important role in a carbon market.

Global Thermostat, where Chichilnisky is CEO and co-founder, has what they believe to be a commercially viable atmospheric CO2 capture technology, which uses readily available process heat to remove carbon dioxide from the air, essentially converting a power plant from a CO2 producer into a carbon-negative facility.

“Global Thermostat’s (GT) patent-pending technology uses low-cost left over process heat as energy for the capture of CO2 from the atmosphere. It can be installed at new or legacy power plants, cement smelters, refineries, etc. Since energy typically accounts for two-thirds of the total operating cost with other carbon capture technologies, Global Thermostat’s solution allows for dramatic cost efficiencies in reducing carbon emissions.” – Global Thermostat

GT’s air capture solution, especially when combined with a carbon market, could be part of an effective path to reducing global CO2, as Chichilnisky explains:

In order for a carbon market to be effective, there has to be cost-effective methods for removing CO2 from the atmosphere, essentially creating more ‘carbon-negative’ technologies, such as that developed by GT. According to the results of the company’s pilot plant at SRI International in Menlo Park, CA, the air capture process used by GT for removing CO2 enables the reduction of “more CO2 than it generates during the production of electricity.”

The GT solution is said to be modular and scalable, requires only heat and air to operate, and uses existing technology with mostly off-the-shelf equipment. The system could be installed or integrated across a number of industries, helping them to lower their emissions or to even become carbon-negative. For example, GT points out these potential applications of their technology:

Legacy power plants, which become carbon sinks: Unlike other carbon capture methods, GT’s air capture technology can be retrofitted into an existing facility, eliminating the need to redesign the plant’s processes.

Find out more about the GT Solution for removing atmospheric CO2 at Global Thermostat, or tune in to Fox Business Network on June 22, 2014 at 11:30am ET to hear Chichilnisky and GT co-founder Peter Eisenberger discuss their carbon market efforts.