Is This the World’s Fastest Solar Charger? 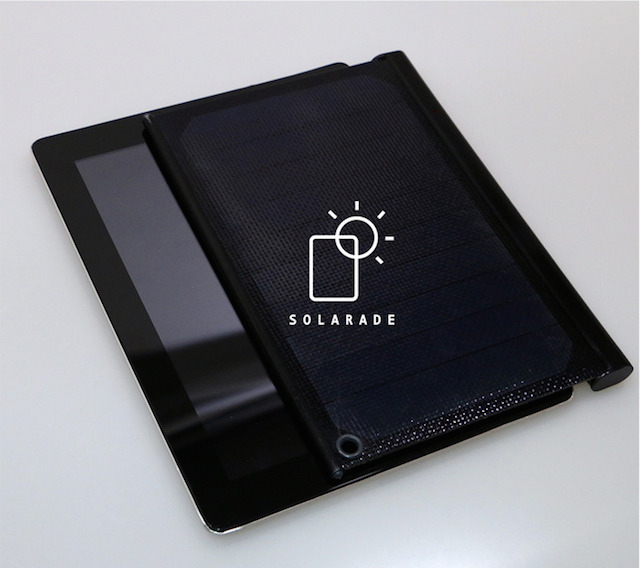 It’s really exciting to see the advancements being made in solar power over the last few years, especially in the small scale and personal solar charger industry, as they seem to keep getting smaller, more efficient, and more affordable. But how small can solar chargers go, while still being powerful enough to handle our mobile device charging needs?

I’m no stranger to solar chargers, as I own and use several of them regularly, from the tiny Waka Waka solar light to two of the much larger Goal Zero foldable solar panels, so when I heard about this forthcoming device, I was intrigued.

The Solarade, from Nolla Design, claims to be the world’s fastest solar charger, and the smallest solar charger to be able to directly deliver a full charge to an iPhone in just two hours, without the use of a battery. It measures 9″ x 6.5″, claims to put out 1A via its USB port, and is slim and light enough to carry with you anywhere you’ll need access to solar power for your gadgets.

Most of the solar chargers that I’ve seen on the market tend to rely on a battery storage system to leverage the sun’s energy, as they can first charge the battery pack, which is then used to charge mobile devices, but this one doesn’t integrate any storage whatsoever, perhaps in part because of its claimed quick charge times.

According to the Solarade crowdfunding campaign page, the device’s monocrystalline solar panel delivers 22% conversion efficiency, can charge as fast as a wall charger, and can put a 50% charge on an iPhone in just one hour, which tops its competitors in terms of the amount of power generated in that small of a size. Solarade also boasts of being more affordable than other solar chargers, as it can be preordered for a pledge of $51 or more, and even at full price ($93), is less than comparable portable chargers.

This slim solar charger also includes a built-in “angle adjustment system”, which consists of a removable bar that helps users position the panel perpendicular to the sun (for optimal charge rates) by virtue of the shadow it casts (or doesn’t cast, in the best case scenario). The panel itself isn’t flexible or foldable, but because it’s virtually the same size as an iPad, can be easily carried in a bag or briefcase without taking up much room.

If you’d like to get in on the pre-order deals on a Solarade portable solar charger, check out the Kickstarter campaign page and make your pledge.