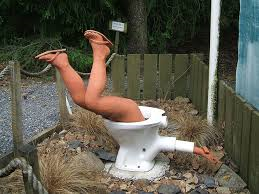 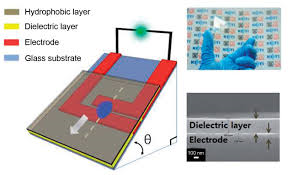 Finding new and different methods of harvesting renewable energy is a key component of building a more sustainable future, and while solar power, wind power, and ocean energy are often the focus of large-scale renewables research, it turns out that something that we take for granted, our toilets, could be used to also generate electricity.

Researchers in South Korea have developed a method of harvesting electricity from the motion of water, which could be from anything from drops of rain to a flushing toilet, and the technology may possibly end up being implemented on surfaces such as windows and roofs.

The research team based at the Seoul National University and Korea Electronics Technology Institute (KETI), and led by Youn Sang Kim, have adapted a transducer to generate electricity from the motion of water, and while the initial demonstration is on the micro-scale, eventually this technology could be scaled up to provide significant amounts of energy.

“Using the energy harvesters based on this novel concept, we demonstrated the wide applicability toward natural water’s motions, such as rain, rivers, and even sea waves as well. We believe that they can substantially inspire for new energy harvesting technology form ambient energy sources.”

“We found that the overlapped area variation between the water and the dielectric layer can effectively induce the variation of electric charges, and then easily generate electricity. These active capacitive-transducers have a simple structure: substrate including the patterned transparent electrodes, spin-coated dielectric layers, and hydrophobic layers. Actually, through the motion of only one flowing tap-water droplet of 30 μl, we could successfully generate the electricity with a peak voltage ~3.1 V and peak current ~5.3 μA, which was enough to turn on a green LED.”