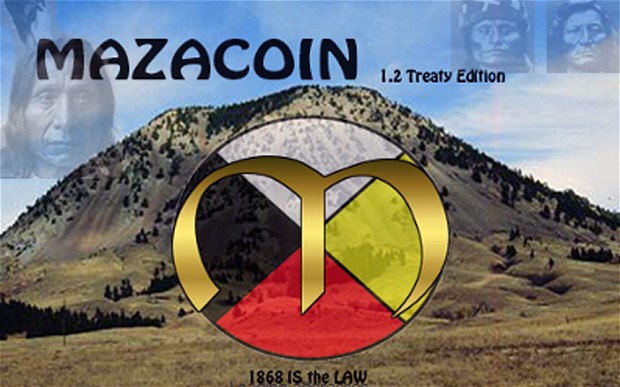 “It is rare in history when we witness any nation creating a new sovereign coinage. This alone makes this an historic moment. The Oglala Lakota Nation have internationally recognized sovereignty, and their right to mint currency is guaranteed by treaty. And in fact the Oglala Lakota Nation has already exercised that right symbolically by minting collectible coinage and trading rounds.

Choosing to deploy a genuine and functional national currency is nevertheless a bold initiative. Choosing to utilize a Crypto-Coin for this purpose is truly innovative and courageous. It will change the lives of the Oglala Lakota people forever.” – MazaCoin

The tribe’s treaty rights, dating from 1868, allows them creating their own currency, which could exist outside of federal regulations and empower a change in the economy and fortunes of the Oglala Lakota.

“I think cryptocurrencies could be the new buffalo. Once, it was everything for our survival. We used it for food, for clothes, for everything. It was our economy. I think MazaCoin could serve the same purpose.

“We’re not going to ask the federal government if we can do this. I refuse to ask them to do anything within my own borders.” – Payu Harris