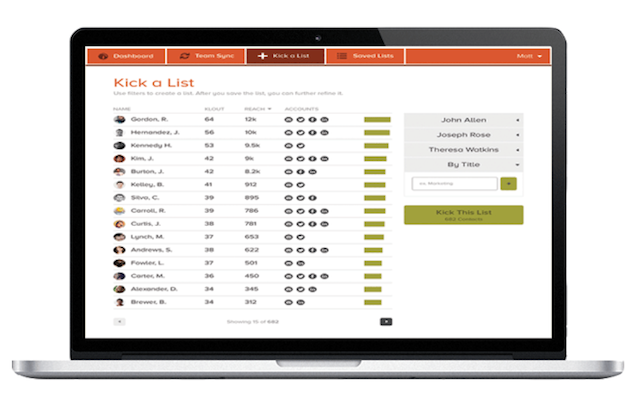 We all love to share stories about highly successful crowdfunding campaigns, but the fact is, many project campaigns fall far short of their goal, and in the all or nothing environment of some crowdfunding platforms, that can be the death toll for those ideas.

Just because you or your startup has a great idea for a new kind of solar charger, and one that might be a potential gamechanger, it may not be enough to get fully funded, because no matter how great your product is, if the crowdfunding campaign isn’t very strong, it may well fail anyway. In fact, many crowdfunding campaigns, even those for innovative products, don’t even raise 30% of their financial goal, but of those that do hit that tipping point of 30% funded, 90% of those campaigns go on to successfully hit their crowdfunding goal.

A new service wants to help projects hit and surpass that tipping point by offering a unique set of crowdfunding tools that can effectively amplify the reach of the campaign to get the message in front of the right people – those who have the influence and networks to give the crowdfunding campaign a boost in both visibility and backers.

“Velocity Kick is the first set of tools designed to improve your crowdfunding campaign. Our service quickly and easily combines your team’s contacts and social networks into a centralized list for improved crowdfunding campaign planning. From there, we use social metadata to further segment your master list into key groups like: Key Supporters, Friends and Family and Top Influencers.”

By leveraging the power of the entire project team’s social graph, Velocity Kick promises that their tools can help teams organize, optimize, and understand the social equity found in the team’s network, and to boost campaigns past the tipping point for a better chance at getting fully funded.

“We’re already seeing money stream in from entrepreneurs who have run successful campaigns north of $1 million dollars and their comments are all the same. They’ve told us that if they’d had these tools to help with various pieces of the planning and execution phases, it would have really helped reduce preparation time and provided them the insights to activate the right networks from the start of their campaign.” – Josh Baylin, founder of Velocity Kick

Velocity Kick is putting their money where its mouth is with this project, as it is currently in a crowdfunding phase on Ramen, with backers at the $50 level receiving a free year of the Velocity Kick platform in exchange for their pledge. Backers at the $150 will get a lifetime subscription to the service.