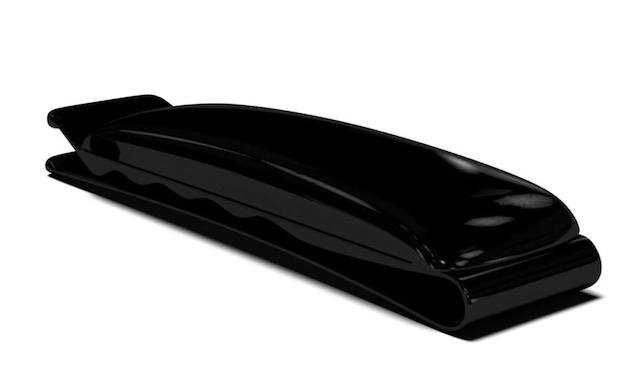 In a bid to reduce violence against women, a husband and wife team has launched a personal security system in the form of a smart wearable device that also doubles as a hair clip.

Arthur and Rachel Emanuele, of Scottsdale, AZ, have developed the First Sign Hair Clip, which is designed to automatically call for help and begin collecting evidence at the first sign of an emergency.

This wearable security system uses an accelerometer and gyroscope to automatically detect an attack, which triggers a call for help to a monitoring service, and then uses an onboard microphone to to record audio evidence. The device also pairs with a user’s smartphone to collect evidence in the form of photos, GPS data, and audio, which is streamed to the monitoring station for use as evidence. The First Sign Hair Clip also includes a manual panic button that can be activated in an emergency.

“Violence against women is far too common and this is the first solution to not only be automatic, but to focus on increasing the prosecution rate. The response we have been receiving has been overwhelming.” – Rachel Emanuele

The hair clip, which can be worn discretely in the hair as a fashion accessory, or clipped somewhere close on the user’s person, can be used for peace of mind in situations such as walking alone at night, dating, traveling, or even during other interactions with strangers, such as a real estate property showing or Craigslist transaction. While the hair clip design is geared toward women, this wearable security system can also be used by men or the elderly by clipping it to their belt or pocket.

Along with the hair clip device, a free mobile app allows users to automatically send alerts to family and friends, although it’s recommended that users subscribe to a professional monitoring service, which offers 24/7/365 monitoring and can speed up emergency response times to alerts. With the addition of slip-on “Fashion Forward” covers for the hair clip, this little monitoring device can easily match the user’s style, or be worn unadorned as a plain black clip.

Right now, the First Sign Hair Clip is the focus of a crowdfunding campaign on Indiegogo, and backers at the $50 and up level will be the first to receive this innovative personal security system (estimated delivery in November 2014).

This infographic breaks down the benefits and features of the First Sign Hair Clip: