Tiny edible batteries could be the future of biomedical gadgets 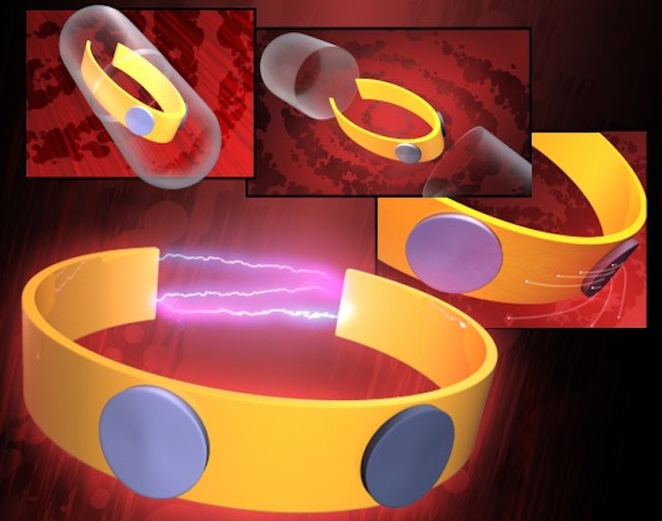 A low-cost non-toxic sodium ion battery could be swallowed like a pill and used to power biomedical sensors or other biodegradable medical gadgets.

While the consumer tech industry is rallying around wearable technology such as fitness trackers, smart watches, and Google Glass, the medical industry will be getting some help from a related field – ingestable technology. And thanks to the work of two researchers at Carnegie Mellon University (CMU), future developments in biodegradable electronic medical devices could be powered by tiny edible batteries.

The development of a battery said to be so safe “you can eat it”, by Jay Whitacre, an associate professor of materials science and engineering at CMU, piqued the interest of Chris Bettinger, assistant professor of biomedical engineering. Bettinger’s work in biodegradable electronics devices led him to a couple of serious challenges.

Miniature electronic biomedical devices that are integrated into the body could be used to monitor medical conditions or to control drug delivery in the future, but according to Bettinger, the two biggest questions were, “First, how were we going to power these devices? Second, if they’re degradable and temporary, then what was the best way to integrate them with the human body?”

It turned out that the answers were just down the hall from him, in the form of a low-cost, non-toxic sodium ion battery developed by Whitacre, which meshed perfectly with Bettinger’s need for a digestible low-level power device.

“I had claimed my device was so non-toxic that you ‘could eat the battery’. Chris came into my office and asked, ‘Can you really eat it?’ The answer is yes and the rest is history — my edible battery chemistry with his need for low level power in a digestible form were a great match.” – Whitacre

The two researchers, along with two post-doctoral researchers, then worked together to create a tiny edible battery that could be taken orally in order to provide power to medical electronics devices. The battery, which is made with a shape-memory polymer capable of being compressed for ingestion, and then expanding inside the body, can be swallowed like a pill, and is then activated by moisture once in place.

“Our design involves flexible polymer electrodes and a sodium ion electrochemical cell, which allows us to fold the mechanism into an edible pill that encapsulates the device.” – Bettinger

According to the team, the materials for the battery are both commonly available and inexpensive, and can biodegrade and pass safely out of the body after use.

This tiny edible battery technology, while still in developmental stage, could eventually be integrated into a range of other, non-medical, applications. According to Bettinger, this type of collaborative success is not only about science and innovation:

“It’s also entrepreneurial. At the end of the day, we’re engineers. The wonderful thing about CMU is that here, we’re solving problems.”