Feed the Hungry While Eating Out 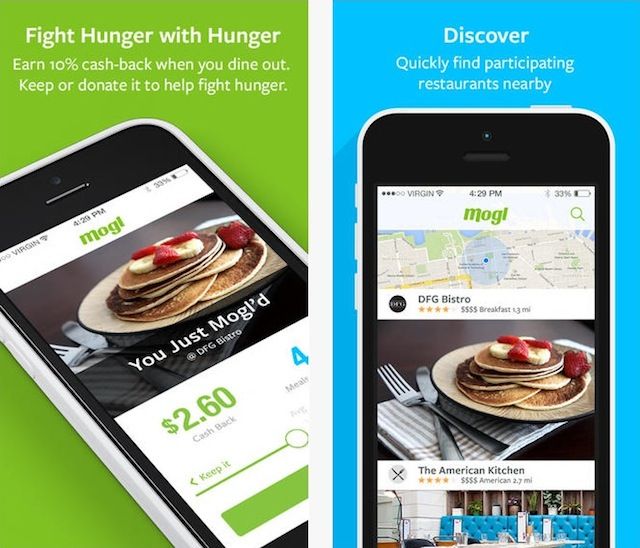 Making a difference in someone’s life isn’t nearly as hard as you might think, and sometimes it’s the simplest of things that people really need – such as getting enough food to eat. And you don’t necessarily need to give up something in order to help feed the hungry, as this program from Mogl demonstrates.

In America, where it seems like every other person has a smartphone in their pocket and a new car in the driveway, the subject of poverty and hunger isn’t a popular one, and the fact that one out of every five American kids don’t know where their next meal is coming from might be a shocking one.

It’s one thing to understand that poverty and food insecurity are issues in the third world, as we’re accustomed to knowing that scarcity and lack are part and parcel of living in some parts of the world, but it’s another thing entirely to realize that right here in the US, over 50 million people are facing hunger every single day.

To try to help make it easier to feed the hungry in the US, a unique restaurant rewards program offers a quick and simple way to donate money toward programs that fight hunger.

“Once people learn about how bad the hunger problem has gotten in America, they want to help, but they don’t necessarily have extra time or money. We’ve made it easy for people to help out by doing something they’re already doing: eating out.

We have always admired the social entrepreneurship model where you can use business to try to solve one of the world’s problems. What TOMS is for shoes, Mogl is for food.

This is a win, win, win. Restaurants increase their profits, consumers earn cash-back and give back to their city, and those who face hunger can get the help they need.” – Jon Carder, Mogl CEO and Co-founder

Using Mogl to help feed the hungry is simple, and it doesn’t require dipping into your own wallet to make a difference. Users simply sign up, download the free iOS or Android app, and link their debit or credit cards to their account. When paying for a meal at participating restaurants with one of the linked cards, users get an alert on their smartphone with the amount of cash back they’ve earned, and can choose to donate some or all of it to feed the hungry.

100% of the money donated through Mogl goes to the hunger relief efforts, which are made through local food banks, and it’s remarkably cheap to make a difference, as every 20¢ donated is enough to provide a meal to a hungry person. The app also features a Hunger Tracker for each city, so users can follow the efforts of the program as they “fight hunger with hunger” all across America.

Mogl isn’t in every city yet (mostly Arizona and California), but according to the company, once they get 100 members and 5 restaurants requesting Mogl in a city, they will partner with a local food bank for donations and then launch the program locally, so the more people that sign up and put in requests, the faster this will spread.