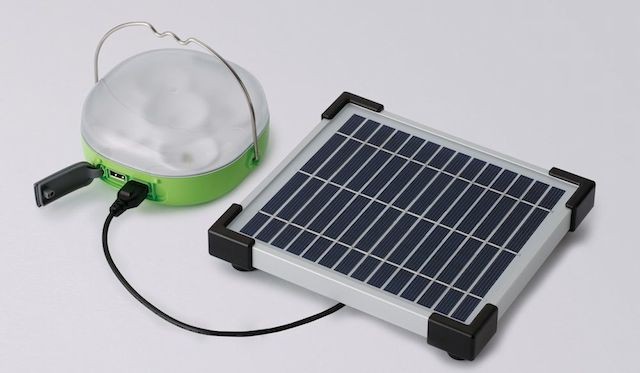 For those living off the grid, either by choice or by default, having an affordable way to use the sun’s energy to provide light and power after dark can make a big difference in their lives, and a new solar lantern promises to deliver on both counts.

The new solar LED lantern from Panasonic, the BG-BL03, will provide not only light, but also a rechargeable battery for storing solar energy to charge small mobile devices.

The new device is designed to be able to provide 360° of illumination from its 5 LED bulbs, enabling users to light up an entire room, and is powered by a separate 3.5 W solar panel that can fully charge the lantern’s internal nickel-metal hydride battery in about 6 hours. 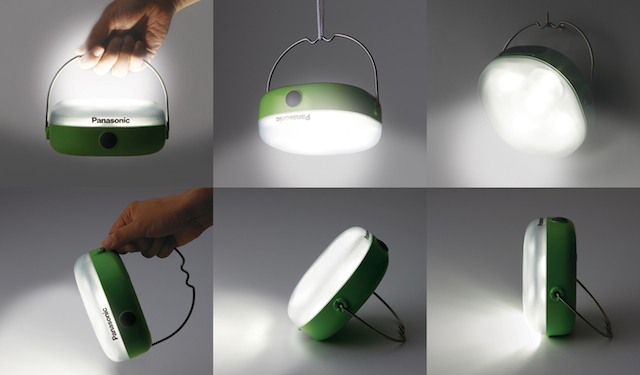 “The lantern contains five LEDs and is designed to emit light 360 degrees. This wide emission angle makes it suitable for use in everyday life such as at family dinners and for children studying. With a touch of button on the lantern, the brightness can be adjusted between High (100 lx), Medium (40 lx) and Low (6 lx). The lantern has a handle, which allows for flexibility in setting up the light. It can be hung in the room, placed on a table or carried with the user.” – Panasonic

The BG-BL03 can provide up to six hours of light at the maximum brightness setting, or up to 90 hours at the low brightness setting, and a USB port is said to be able to charge a 700mAh capacity mobile phone battery in approximately two hours (and is capable of charging such a phone twice on a single charge).

Panasonic says their new Solar LED Lantern will initially be launched in Kenya, Myanmar, Cambodia, Indonesia, Bangladesh and Malaysia, followed by other “Base of the Pyramid” markets (low-income groups in developing countries). This product is a great addition to the company’s 100,000 Solar Lanterns project.