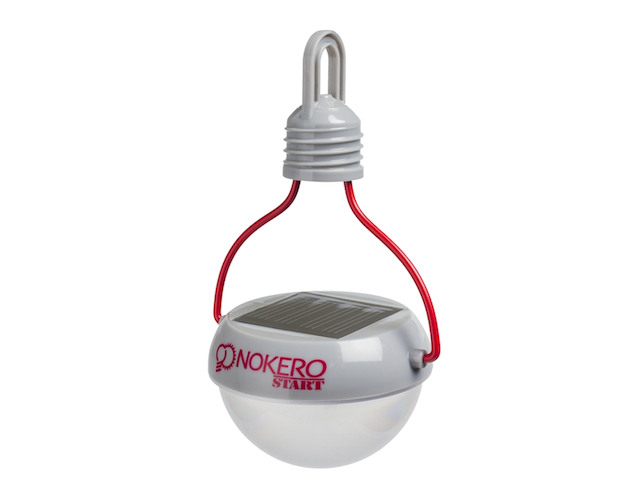 For the millions of people living in energy poverty around the world, lighting their homes or businesses after dark is a tricky proposition. Many times, the only way they can have access to light is through burning dirty fuels, such as kerosene, which is not only unhealthy when burned indoors, but can also be dangerous and expensive.

“I’ve met people in Africa and Asia who walk for miles to spend a month’s income on kerosene fuel for light. Prices fluctuate wildly, and are often controlled by cabal, so people don’t know what the kerosene will cost. They also know it’s dangerous and even deadly to burn this dirty fuel in their house, but they don’t think they have another option.” – Nokero CEO Steve Katsaros

The latest product from Nokero could be a potentially life-changing addition to their lives, as it provides a clean and renewable source of light for years and years. The N180-Start light is said to be the world’s most affordable solar light bulb, designed for those who earn less than $5 per day.

The company, whose name is derived from “no kerosene”, has been producing solar light bulbs since 2010, but their newest offering is kind of a big deal, as it retails for just $6. Even at poverty wages, this low price means that it can end up paying for itself in as little as a few weeks.

The Nokero N180-Start solar light bulb has a single LED bulb that puts out 5 lumens, and runs for about 4 hours on its 400 mAh NiMH battery. It’s designed to be portable, durable, and rainproof, and can simply be hung outside in direct sunlight to charge. The N180-Start also features an automatic switching mechanism to turn the light off when exposed to bright light, which can help to conserve the charge for when it’s really needed.

Nokero also just released a more versatile and brighter solar light bulb that also integrates a larger battery (1400 mAh), which can be used to charge cell phones or other devices via a USB port. The N222 retails for about $45.