Social Good And Profitability Are Not Exclusive, They’re Very Compatible

In today’s world where everyone seems to be trying to make a buck, it can be hard to see the bigger picture and accomplish something for the greater good. Times are tough in this economy and if you can come out on top for your business and your own personal gain in any way, it can be seen as a win. In the same vein, in the last few years, something great has been happening in the world of business. Many big companies have adapted a corporate social responsibility strategy (CSR). Depending on the business, this strategy can relate to the environment and working on being less wasteful and more conscience of their environmental impact. Some businesses take it a step further and work with charities and have their own foundations. There is often a misconception that profit is lost when one focuses on social good, but this is not the case. Charity and CSR can go along way to making your company more successful than ever: speaking from a profitability standpoint and a moral one as well.

There is another way of looking at this issue. From a business standpoint, some entrepreneurs are taking the CSR movement to a whole new level, and creating a business model around it. Instead of having a division of charity or social outreach, they’re entire company is based on it. Take Alfredo Zolezzi: A scientist and entrepreneur who wanted to fill the gap for the 884 million people in the world who do not have access to clean drinking water. Alfredo, who worked on technology for the oil industry, decided to repurpose this technology and apply it to the water industry instead. Alfredo, along with the help of countless team members, created the water plasma purifier, which provides safe, clean, and cheap drinking water for millions of people around the world. It kills 100% of the germs that kill people every year.

While, in reality, Zolezzi could have perfected his technology and continued to sell it to oil companies for billions of dollars, he chose to take the high road instead. He still makes a billion dollars of profit each year from the water purifier (nothing to snub your nose at), but he can also sleep easy with a healthy conscience knowing that he has done some good in this world and saved lives in turn. 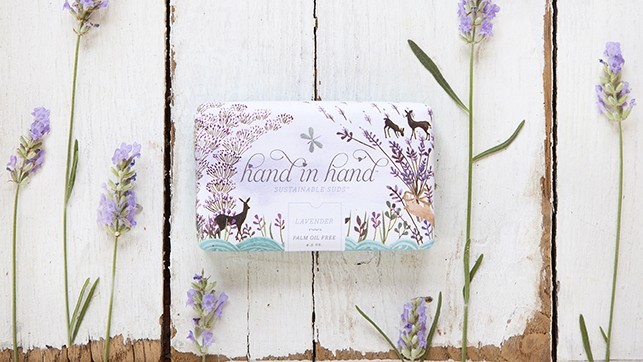 Examples of social entrepreneurs don’t always have to be on the billion-dollar scale. There are smaller companies making a difference everyday. Another company that is really making a difference is Hand in Hand soap. The entrepreneur, Bridget Hilton, found out that, everyday, 5,000 people die of diseases that could have been prevented by simply washing their hands. She was so affected by this statistic that she decided to do something about it. So she took action and–over a period of just three months–created and launched a for-profit company that, for every bar of soap sold, donates one to a child in need. These luxurious soaps are made with organic ingredients, use recycled packaging materials, and are vegan and cruelty free–making them both PETA and USDA approved. The company goes one step further and doesn’t just send the soaps blindly, but also educates the people in need on the importance of hygiene and the dangers of living without it.

Another company that has gained a lot of popularity in the past couple of years is Toms Shoes. You may even be familiar with this brand, as they’re available at big retailers like Bloomingdales and Nordstroms. Blake Mycoskie, a former Amazing Race contestant, invested his own $300,000 to get the company started. For every pair of shoes sold through Toms, one is donated to children around the world who don’t have shoes. Since its inception in 2006, over 2 million shoes have been donated. Toms has now branched out to eyewear and all different kinds of footwear, along with its signature flats. In the past few years, the company has grown to be a multimillion-dollar profit business.

The last example we have is a book company. In today’s world, where the publishing industry seems to be in constant change, it’s harder than ever to produce a profitable business, let alone one that betters the world. Yet Notre Dame alumni Xavier Helgesen and Christopher Fuchs seemed to make the impossible possible. The duo found their idea to sell used and unwanted books online taking on a new life due to their experiences with the Robinson Community Learning Center. Since its beginnings as a single book drive in 2002, Better World Books has become a full-fledged socially and environmentally responsible business that sells reused or recycled books, while donating money and books for non-profits. Their business model rests on the triple bottom line: profiting through promotion of social good, environmental sustainability, and economic success. With over 6 million books donated, 85 million reused or recycled, and earning an annual revenue of over $55 million [PDF] in 2011, Better World Books seems to be achieving all three.

Combining profitability and social good is possible and, in some cases, may even be the most sensible way to go when creating a successful business. What’s better than having some cash in your pocket? Giving back to those in need, of course!

Author Bio: Shane is the CEO and co-founder of the social enterprise, The Happiness Theory, a company entirely focused on a world of business where social good and successful business work hand in hand. Follow Shane on Twitter and Google+