This is part of a series of articles written about Envision Hawaii, Honolulu’s monthly First Tuesday gathering that showcases the coolest, greenest goings-on in the emerald of the Pacific. Ecopreneurist is proud to be the official media sponsor of Envision Hawaii….see previous Envision Hawaii articles and speakers here.

This month’s Envision Hawaii First Tuesday speaker was Spencer Toyama, Product Manager and Co-Founder of Sudokrew Solutions is obsessed with making things happen in Hawaii. His career spans the spectrum from author to technology specialist to founding a record label. His record label was perhaps his first foray into social enterprise. They had a biodegradable album cover and joined 1% for the Planet. But he still felt that, as an entrepreneur, he could do more, and that social enterprise should run deeper than just minimizing the impact of the company. 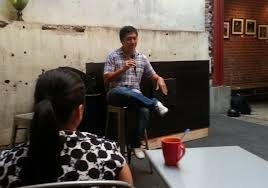 Toyama did a successful Kickstarter project for his book Home of the Brave, a book chronicling a dystopian society in which the smartest person in the world is born into the world’s poorest country: the United States of America. The book shines a bright light on sex trafficking and other socioeconomic woes that are not in the spotlight in the U.S., but that globally present one of the biggest challenges we face. Toyama was also an executive marketing specialist at a local solar company, Bonterra Solar, helping the company grow from $250K per year in revenues to up over $8M.

Still, Toyama continues to feel that there are greater efforts needed to combat society’s challenges, and he emphasized the work of some human trafficking social enterprises, which helped drive a change in laws to make solicitation of sex with a minor to be a felony offense in Cambodia, as well as provided services and help for young girls who had been part of the sex trade. 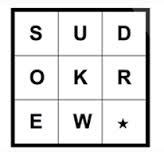 His newest venture is a Sudokrew Solutions, a software development firm that does custom  solutions. Toyama says that he hopes his software can be used to help solve Hawaii’s main challenges, especially energy. He cites the excessive electric rates here in Hawaii, which he says has risen 7% per year since 1995, and probably higher over the last 2-3 years. Sudokrew has partnered with Blue Planet Foundation, a local nonprofit organization that aims to end the use of fossil fuels in the world, starting with Hawaii.

Part of what they’re doing with Blue Planet is to create a crowdfunding site where people can loan money to raise money for energy efficiency projects and make their money back with interest generated by the savings that the homeowner or business owner experiences from that energy efficiency project. The other main thrust in terms of software is to start making energy into more common lexicon. “It should be like a surf report,” said Toyama. “People know inherently what it means if the surf report says 2-3 foot faces, but they don’t know what 22 kilowatt hours means.”

In addition to energy, Toyama thinks software can be leveraged to solve Hawaii’s massive traffic problems (which would also reduce our dependence on foreign oil), as well as addressing the challenge of “brain drain”, a term used to describe how the best and brightest of Hawaii’s youth leave for good paying jobs in San Francisco and other places with more diversified economies.

When asked about the good and bad of social entrepreneurship, especially as it relates to trying to do business in a beautiful place like Hawaii, Toyama answered that while the climate (and the surf) is surely a distraction, it just takes focus and commitment to succeed. He said that while the hard part of entrepreneurship is the fact that you don’t really have a weekend, he said, “You also don’t really have real ‘weekdays’ either.” In other words, if the surf is just epic, go catch some waves. In the long run, sanity is sustainable, after all.