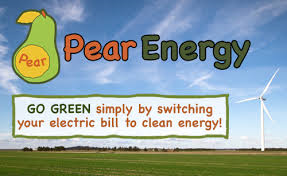 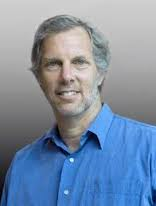 Businesses and families looking to cut their carbon emissions have a lot of options these days. One inexpensive and extremely effective way to cut carbon emissions and help fight climate change is to offset your company or household footprint with carbon offsets.

Pear Energy is a company we love at Ecopreneurist and we are writing this advertorial for the service they offer – provide carbon offsets for businesses and homes. For the cost of a couple of cups of coffee a week, most businesses can go carbon neutral with Pear Energy and help the company drive investment on a large scale into new renewable energy projects.

I had the opportunity to interview the company’s CEO, Bob Pollin, a professor of Economics and a regular writer for The Nation Magazine, to find out more about carbon offsets and about the investments Pear is making to help create a cleaner world.

Scott Cooney: There’s a lot of interest these days in renewables and other clean technologies, but climate change legislation seems like it may not happen anytime soon. What do you think are the critical steps we must take, as business leaders and citizens, to start making change and improving our carbon footprint?

Bob Pollin: The basics could not be more simple. First, we need to dramatically raise our level of energy efficiency. Second, we need to equally dramatically expand our usage of clean renewable energy sources, including solar, wind, geothermal, clean biofuels such as waste grease biodiesel, and small scale hydro. And third, we’ve got to dramatically cut our consumption of all fossil fuels–coal, oil, and natural gas. It is, by the way, a myth that natural gas is a “clean fuel”.

SC: That is a common misperception, isn’t it? The natural gas industry has done a good job convincing people that it’s “clean”, when, at best, it’s “cleaner”, maybe, right?

BP: That’s right. It is only clean relative to burning coal, but that is an extremely low bar.

SC: Many people describe natural gas as a bridge fuel, while others believe it’s a true path to carbon emission reduction.

BP: Well, let’s say we maintained our current level of total energy consumption, but that we relied on natural gas as our sold energy source. According to almost all serious climate science research, we would never come close to hitting our necessary targets for reducing greenhouse gas emissions in this scenario–not even close.

SC: As a Professor of Economics, surely you think about job creation quite a bit. Do you think there’s anything out there that has more potential than clean, domestic energy, in terms of creating jobs in this new economy?

BP: There are other excellent sources of new job creation. The education sector is one of them, maybe actually the best. But investing in the green economy has the unique combination of being a powerful engine of job creations while also being absolutely imperative for controlling climate change.

SC: Last year, Harvard Medical School published a study about the externalized costs of coal, citing that if the coal industry had to pay the costs of the public health hazards it creates, coal energy would cost 3x what wind energy does. But yet the dirty energy industries have large PR budgets that they use to sway public opinion, so many people think we can’t afford greener alternatives. What do you tell people who think that clean energy, or for that matter, any aspect of the green economy, is just too expensive?

BP: It actually isn’t expensive, even if you don’t take account of the external costs of coal, fracking, importing and burning oil, and operating unsafe nuclear power plants. As one example, the U.S. Department of Energy itself estimates that the costs of producing electricity with wind and hydro power will be equal to coal and cheaper than nuclear power within four years. Natural gas is “cheaper” but that is just because of fracking.

SC: So Pear Energy provides people with an option to cut their carbon footprint from the electricity used in their homes. Can you walk us through how that works?

SC: So by shifting our utilities bills to Pear Energy, we’re really helping support the creation of more clean energy. What projects is Pear looking to help support and get off the ground?

BP: Pear is in negotiations to build a solar farm ourselves on the site of a hotel near Palm Springs, CA. If the project works, we can supply power to the hotel itself but also the community at large. We will move out from there if things go well.

SC: What are your long term goals with Pear Energy?

BP: I started Pear after I worked as a consultant for the US Department of ENergy on the green parts of the Obama stimulus program. It became clear that we need very strong and effective connections between business, the public sector, and the environmental movements. I though I could possible help here with Pear. My long term goal with Pear is therefore simple: to play a role in the project of building a green economy as quickly and decisively as possible.

For more information, please check out your options to offset your carbon emissions with Pear Energy.