Looking to the Future: Wal-Mart’s Renewed Focus on Sustainability 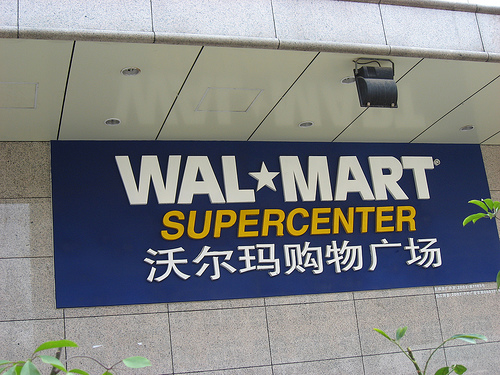 In a move intended to strengthen its supply chain, Wal-Mart has turned its attention to China, where the corporate giant intends to focus on sustainability. As a part of their commitment to the environment, Wal-Mart wants to revamp their product line and overhaul their supply chain. In addition, they intend to put a reward structure in place, honoring China suppliers and merchants that go the extra mile when it comes to the environment.

While the focus is on China, the effects of Wal-Mart’s actions should trickle down to the United States and other places around the world as well. For some time now, environmental enthusiasts have been unhappy with the state of Wal-Mart’s affairs in China. As a whole, the country itself is not in the best environmental shape, either; the economy continues to explode, but things like air quality have been severely compromised as a result, particularly in large cities.

Wal-Mart actually started looking at sustainability more than four years ago, at the China Sustainability Summit of 2008. Their current initiatives will take those concepts a few steps further, however. Wal-Mart has committed two million dollars to The Sustainability Consortium to help it become established in China. The TSC will draw in leaders from the corporate sector, the education world, China manufacturers and more in an attempt to make sustainability a reality for China.

In addition, Wal-Mart intends to purchase the majority of its goods from places that utilize the Sustainability Index to determine how sustainable their items are; this will slowly start to take place over the next five years. Finally, overseas buyers will be held to different standards than they once were, with a new focus on sustainability. Starting next year, they will be evaluated along with buyers in the United States that already have such objectives outlined on their evaluations. This should change the way that they do business on a day-to-day basis.

Wal-Mart has a track record of success already. Coming off of the Sustainability Summit, the corporate giant had a number of lofty sustainability goals. They have already improved the energy efficiency at nearly 200 of their factories by at least 20 percent. They were also able to overhaul their direct-import factories; the vast majority of them have been rated highly when it comes to their environmental practices. Therefore, if the past is any indication, Wal-Mart should make great strides with their goals over the next few years.

Some rights reserved by Houston Marsh