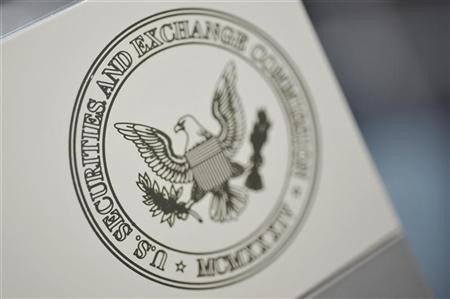 Those involved directly in the crowdfunding industry and businesses that have been eagerly awaiting the new crowdfunding regulations recently heard a bit of news causing a lot of cringing, heartburn and further disappointment in a system that already had a lot to prove.

The Securities and Exchange Commission (SEC) chair, Mary Schapiro, recently announced her resignation from the position, but prior to doing so; put the brakes on removing the ban on general solicitation and advertising for issuers of certain offerings.  While not directly related to crowdfunding, this provision of the JOBS Act is potentially one of the most important and necessary components to eventually provide the much awaited crowdfunding regulations.

The SEC was charged to form regulations by July 4th 2012 and clearly blew through that deadline.  However, for startups that are looking to utilize crowdfunding to raise early stage capital, there are a few considerations that need to be kept in mind in light of these recent developments:

Don’t Give up Hope

Crowdfunding regulations were anticipated much earlier, but as with anything that requires changing of timeless regulations, it was bound to take longer than the optimists had estimated.  The spirit of the legislation still holds to support startups and small business, and some of the members of the new guard at the SEC are believed to be strong supporters of crowdfunding.  What appeared to be new delays may actually turn out to be a blessing in disguise by accelerating the pathway to implementation of equity crowdfunding.

Serious Players will Stick Around

The recent attention and hype around crowdfunding have certainly attracted a lot of new portals, many of which may not beserious players and if utilized the wrong way, could end up being detrimental to startups and small business.  The serious players in the industry, such as Return on Change, are here for the long haul and are actively involved in both industry and regulatory discussions, as well as formulating the best possible framework under which to assist startup capital formation. Established platforms have been carefully vetting equity crowdfunding even before all the excitement surrounding the JOBS Act. Furthermore, it is evident that portals like RoC have taken the time and focused on operations; in comparison to some rushed portals that just want a piece of the equity crowdfunding pie because it is the new wave of investment. Make sure you do your research when picking a platform!

It is Time to Focus

It’s clear that neither the SEC nor FINRA will take the matter of crowdfunding lightly, which means all parties, both startups and portals, will need to be extra prudent in information disclosure and takingnecessary steps to properly educate investors on the risks of making such investments.  Also, if you had previously thought you were ready for a crowdfunding campaign under a perks or rewards based framework, now is the perfect time to sharpen your business pencils and make sure everything is lined up to start equity crowdfunding in 2013.  Return on Change is developing business tools and open dialogue with our cleantech, social venture, and bio/med startup companies to provide advice on incorporation, capital structure, and ultimate capital raising goals.

It’s easy to become disillusioned with the process, but indeed these delays were somewhat expected (though not desired) from the initial signing of the JOBS Act in April 2012.  While these delays are a significant disappointment to many; it provides the opportunity for startups to formulate the right capital raising strategy and create frameworks to educate interested investors, so that when the regulations are finalized, high impact startups can benefit from the pool of well informed investors ready to be a part of the startup’s success.

Sang Lee is the CEO of Return on Change (www.returnonchange.com), an equity crowdfunding helping high impact startups that are bent on changing the world.  He’s looking to change the world one big thinker at a time and he shares his thoughts @rocspeaks.