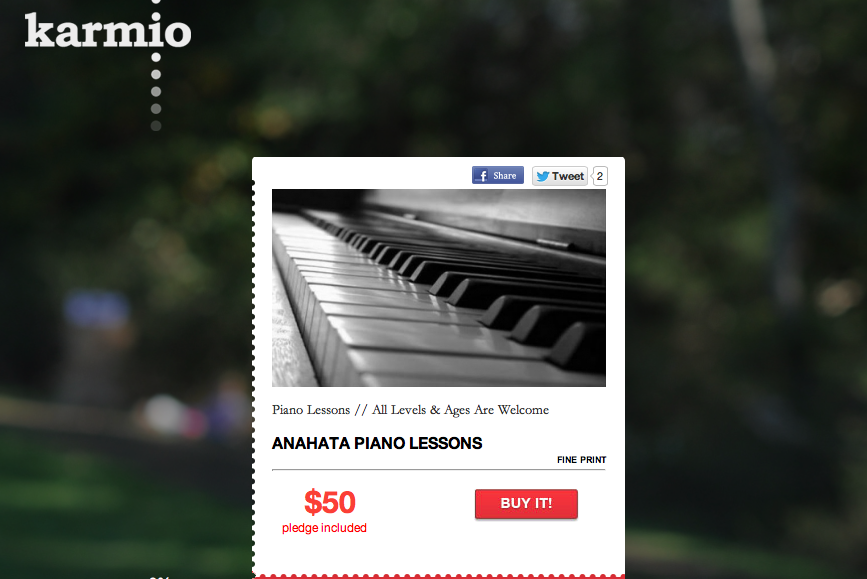 Karm.io, a new online deal site that connects local merchants to global causes, has announced its alpha launch to help green New York. Unlike existing online deal platforms, Karm.io allows merchants complete control over their deal terms. In exchange, merchants agree to donate a portion of each sale to a charity of their choice.

Karm.io was conceived by Sibte Hassan, a designer and art director with over a decade of experience working with corporate and nonprofit brands.

Hassan was inspired to create Karm.io after observing the many ways in which existing online deal sites were killing the businesses they partnered with. By providing merchants with complete control over price, discount, quantity and timeframe, Karm.io allows smaller businesses to participate in the online deal market without risking orders that are too big or profit margins that are too small to sustain. In fact, he prefers to have a close working relationship with his merchants so he understand their model and business.

For its launch, Karm.io has a database of over 5,000 of charities, nonprofits, and NGOs working on urgent global and local causes. For these nonprofits, the platform provides both a new funding stream and potential long-term donors. The merchants and businesses have an option to select a non-profit that is local, or one that relates closely to their work.

“We know that many people are interested in supporting charities, but that the process of making small scale donations is often needlessly complicated,” Hassan said. “By connecting giving to an already popular consumer behavior—purchasing online deals—we make that first donation easy, with hopes those donors will continue to support causes they care about.”

Founded on the principles of ethical consumerism and social responsibility, Karm.io sets a new standard for transparency. Every deal is broken down for consumers and merchants, so they know exactly where their money is going. In subsequent launches, Karm.io will develop ways to communicate the global impact of its collective giving through a combination of data and anecdote.

“We want Karm.io to be a model of a business that benefits all its audiences: merchants, consumers, and nonprofits,” Hassan said.