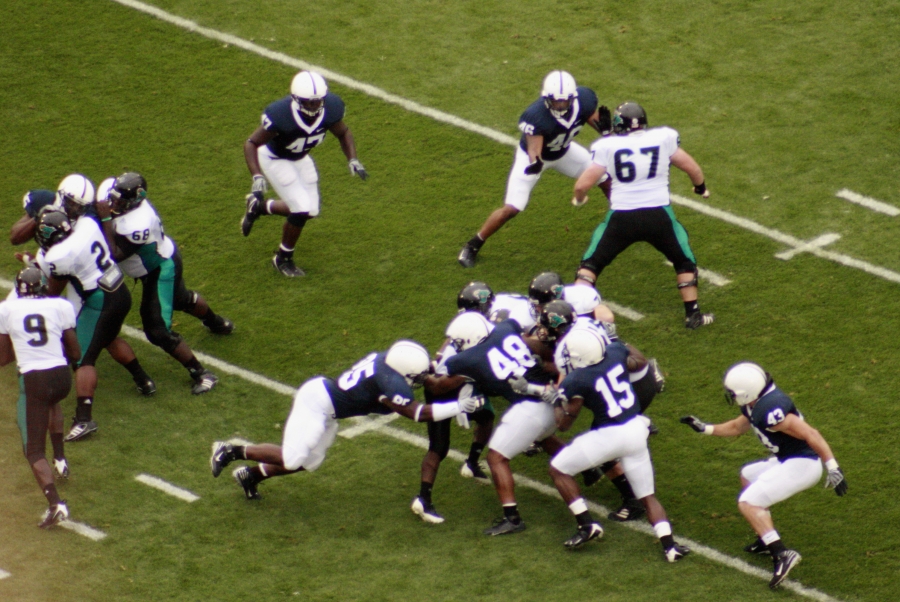 As the world is becoming more sensitive to the needs of the environment, luckily, that would include some of the nation’s professional and college football teams. That’s right. More and more of them are starting their own programs in order to cut down on waste, encourage recycling and become more responsible with our earth’s resources.

As we’re in the peak of football season, perhaps you have been fortunate enough to go to a game or two. Indeed, there’s nothing like the fresh autumn air, eating a couple of hot dogs (along with a beer or some warm hot chocolate) and wrapping up in a blanket as you cheer your favorite team along.

OK, that’s looking at it from the perspective of being a fan. Now, think about it again if you were one of the janitors on staff that had to clean up after one of those events. Yeah, it presents a totally different picture, doesn’t it? As a matter of fact, reportedly, there are over a whopping 39 million pounds of waste that are leftover in stadiums each and every year.

As the world is becoming more sensitive to the needs of the environment, luckily, that would include some of the nation’s professional and college football teams. That’s right. More and more of them are starting their own programs in order to cut down on waste, encourage recycling and become more responsible with our earth’s resources.

Take the Houston Texans, for example. In 2011 alone, they distributed over 850,000 plastic bottles. However, they have also been encouraging both the players as well as the fans to dispose of these kinds of items into designated recycling bins. Or how about Rutgers University? They also have recycling receptacles placed throughout their campus that have played a significant role in increasing awareness about recycling. As a matter of fact, so far, they have actually achieved an impressive 67 percent diversion rate with hopes of that growing to 85 percent by the year 2015.

So, the next time you go to a football game, what are some things that you can do to tackle waste?

Make sure to recycle. If you do plan to purchase your food and drinks at the stadium, don’t leave them on the ground, under your seat, when you go. Definitely make sure to put your trash in the designated recycling bins.

Use the same cup. Some food stands and kiosks will allow you to get free refills. If that is the case with the drink that you bought, rather than asking for a new cup, see if they will refill the one that you already have.

Only bring what you need. If you plan on bringing your own food, remember that you’re only going for a game that lasts a couple of hours; therefore, you don’t need to prepare breakfast, lunch and dinner. The point here is that when you bring more than you want or need there’s a bigger chance that what’s leftover will go into the trash and that just creates more waste. Also, remember to put your food and drink in reusable containers; ones that you can take home, wash out and use again…at the next football game. It’s a score for the environment every single time.