Microfinance: Does it Work in America? 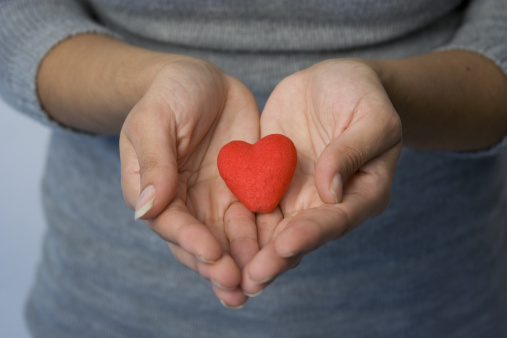 Most Americans are familiar with the word microfinance, having heard it primarily in reference to people living in developing nations in South America, Africa, Asia and the Middle East. In these regions, microfinance institutions (MFIs) loan poor individuals – who might otherwise never find a lender or investor – sums ranging from $100 to $5,000 to start an enterprise or simply to improve their lives. But what about America?

An example would be an upholstery machine purchased by a hapless couple in Turkey who plan to start a furniture restoration business. Another would be a bicycle for a mobile lunch wagon.

MFIs can take a number of shapes, ranging from non-profits and governmental organizations to credit unions and large commercial banks, the latter two devoting a small percentage of loan funds to microsavings either as a philanthropic gesture or in response to a state mandate.

These funds, also called individual development accounts, or IDAs, duplicate owner savings dollar-for-dollar and are aimed at encouraging savings and inculcating in the poor an accurate understanding of the value of money vis-à-vis commerce and industry.

But what about microfinance in America? Do we have the kind of low-income population that needs this level of lending? The answer is yes, and the proof is the 20,000 Americans who are clients of the 530 community or state-funded MFIs in place across all 50 states, operating under the mandates of state or federal law.

Many of the borrowers, whose individual or family earnings qualify them for IDAs, live at or very near the federal poverty level. For example, a couple with two children can bring home $22,350 and qualify for an IDA.

Ever since the recent recession (2007 to 2009), which numerous financial experts have labeled the worst since the Great Depression, these MFIs and their associated lenders have become stronger and more pervasive. This growth is largely the result of banks tightening their purse strings during the recession, and remaining overly cautious afterward, even though economists agree that the recession is over.

Why are you patting yourself on the back?

The irony is that the United States, which has been patting itself on the financial back for being the “firstest with the mostest” for the last 237 years, now ranks well below some developing nations in terms of economic opportunity for the poor. And this neglected niche (and its financial needs and aspirations) has acted like a shot in the arm for microfinanciers.

This impetus is particularly noticeable among credit unions, which are financial institutions owned by and funded via individual deposits. These deposits are in turn loaned to individuals and families for the purpose of buying a home (39 percent), getting a college education (26 percent), starting or expanding a small business (23 percent), buying a car to get to and from work, repairing a home, and pursuing post-secondary training and licensing in one of the trades like pipefitter or carpenter.

Bootstrapping it- The American Dream

There is an old saying, “A rising tide lifts all boats.” And it is this approach to improving the fortunes of the poorest that also translates into strong communities comprised of financially savvy individuals and families who – by improving their lot – make it possible for their children to reach for the American dream.

Thus, not only are IDAs a powerful weapon against poverty, indifference and anger – promoting increasing pride in neighborhoods, schools, community centers and even retail stores – but they also reduce the incidence of vandalism, theft and harder crimes as a tangential and highly beneficial effect (also known as a feedback loop) of increasing self-esteem..

One danger exists, however. As Kiva.org notes, the intense focus on making sure that microfinance loans deliver profit may result in deferring poor clients in favor of those who are better off and can pay for larger loans. This is the dark face of capitalism.

On its website, via independent policy and research entity CGAP (whose core purpose is improved financial opportunity for the world’s poor) Kiva also stresses the fact that not all MFI loans can show a profit:

“There are cases where microfinance cannot be made profitable, for example, where potential clients are extremely poor and risk-averse or live in remote areas with very low population density. In such settings, microfinance may require continuing subsidies. Whether microfinance is the best use of these subsidies will depend on evidence about its impact on the lives of these clients.”

Andrew Miller is an experienced Social Media expert and Author. He has worked in marketing for over a decade and finds his passion in bringing concepts to life for the world to enjoy. He is also an avid blogger and currently working on a book with his wife about social entrepreneurship. He is a true Socialpreneur and finds that his goal in life is to be an agent for positive social change through both his writing and business endeavors.