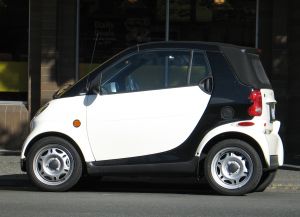 Many cities around the world are familiar with car sharing programs, by which citizens without a means of transportation may “rent” cars on a pay-as-you-go basis in order to save money. In most cases, these programs help to cut traffic congestion because they encourage patrons to give up personal automobiles in favor of public transportation with occasional car usage. As a result, they may also significantly decrease carbon emissions in an urban environment. This is especially true of modern ride share programs that are choosing to use hybrid or electric vehicles.

One such system has not only gone totally green with their automobiles, but they’ve realized huge success in the year that they’ve been in operation. Parisians may be the first ones to enjoy the eco-friendly service offered by Autolib’, but other major cities may follow suit when they learn about the type of reception this car share program has received from urban users.

The program launched just over a year ago with the intent of following in the footsteps of the highly successful Velib’, a bike sharing system that began in 2007. The stated goal of Autolib’ was to put 3,000 electric vehicles on the road to accommodate the needs of ride share patrons, which they hoped would take approximately 22,500 personal vehicles off the road. Along those lines they teamed up with carmaker Bolloré, which manufactures the electric Bluecar, to provide a green option to drivers looking to cut their carbon footprint, even when they really do need a car to run errands, make appointments, or get to the office in a faster timetable than mass transit can accomplish.

Of course, Autolib’ hasn’t quite reached their goal of offering 3,000 Bluecars just yet. In fact, it is estimated that they have about 1,800 cars on the road, along with nearly 700 kiosks and plenty of charging stations. But despite the fact that they have fallen short on their vehicular goal, they were able to meet and exceed their main objective, which was to put drivers into greener cars. According to the company, they currently have 13,000 annual subscriptions (which save frequent users some money) and they have 37,000 subscribers and counting (they’re steadily gaining about 1,200 users a month). So they’ve gone above and beyond what they originally intended to accomplish on this score. In addition, their main demographic of young adult users is reported to be 70% car-free, meaning that public transportation and car sharing are their only modes of transportation.

It’s probably because this eco-friendly alternative to owning a car is so easy to use. The rapidly-growing network of kiosks, cars, and charging stations makes it easy for users to find, drive, and deposit cars when they’re done. And signing up requires only a valid driver’s license and credit card. Of course, users are on their own when it comes to finding auto insurance quotes online, but getting behind the wheel is as simple as signing up and taking a car where you can find it (users are charged in 30-minute increments until vehicles are returned). And while this service is still expanding, it likely won’t be long before other cities recognize the benefits of eco-friendly car shares and start implementing their own versions.