Last updated on by Glenn Croston 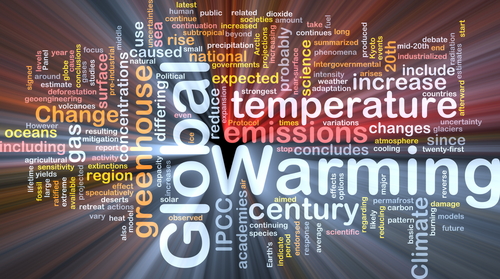 Climate change is a great risk to our world, maybe the greatest.  Climate change related threats like rising seas, drought, floods, and strains on food production threaten our way of life, and the lives of billions of others.  These changes are not all in the distant future – they are already underway today, and getting increasingly hard to ignore.  And yet, as a planet and a people, we’ve barely started to address this problem.

Greenhouse gas emissions dipped briefly in the midst of the Great Recession, but have since continued to soar, along with the global temperature. Why is this?  How could it be that we face the greatest threat of our time, and as a species seem to be doing little about it?  A great many individuals, cities, even countries have made impressive efforts, but the overall impact so far is nowhere near enough to avoid the worst case scenarios.

One answer might be that people just don’t know the facts.  According to surveys though, most people know about climate change and even agree with the statement that humans are causing it. Anthony Leiserowitz, director of the Yale Project on Climate Change Communication, wrote, “Since the year 2000, numerous public opinion polls demonstrate that large majorities of Americans are aware of global warming (92%), believe that global warming is real and already underway (74%).” We know there’s a problem. We’re just not excited about doing something to fix it.

A more likely answer lies in anxiety.  Climate change is not just a technological problem or a political one, but a psychological challenge.  A threat this great can generate a great deal of anxiety if we let it.  So we don’t.

When facing a threat like this, we can do one of three things. We can (1) take immediate action to fix the problem, (2) get anxious and stay anxious until the problem goes away on its own, or (3) harness the power of denial to turn off the anxiety and feel better.  The answers to solve climate change are not quick and easy, and a state of constant anxiety is almost unbearable.  Given the options, denial is an easy and immediately gratifying course, relieving the anxiety that threatens to overwhelm us.

Efforts to call climate change the climate crisis don’t seem to have gained much traction though. As of right now, the cities are not yet submerged and probably will still be above water next week.  Climate change is not probably at the top of the list of worries for most folks when they get up in the morning or go to bed at night.  So it’s easy to put it off for later, no matter how large the eventual risk is.  “Climate change is disturbing,” says Kari Norgaard, author of Living in Denial. “It’s something we don’t want to think about. So what we do in our everyday lives is create a world where it’s not there, and keep it distant.”

Our failure to fight climate change is often blamed on climate change deniers, who have done their best to get the public to question whether climate change is a real problem. The Koch Brothers and others have been well documented to have carried out a campaign to create doubt about climate change in order to benefit those like themselves with financial interests in coal and oil.

Really it’s not this simple, though. While there has been a highly effective campaign to sow doubt in the American public about climate change, the climate change deniers are not alone. The success of the climate deniers stems from our own innate programming that makes us receptive to their message. If we don’t see an immediate threat and can’t easily fix it right here and right now, it’s in our nature to push the threat out our mind, to deny that it’s even a problem at all.

Climate deniers don’t invent how we think; they merely exploit our own desire to create a safe bubble of denial, to build a levee holding back the rising tide of uncertainty. It seems that there is a little denier in all of us, and our inner denier comes out not just to deny climate change but also to deny many other risks as well.

If the biggest barriers to fighting climate change are psychological rather than technological, then the solutions might be too.  A change in strategy might be in order by those seeking to cultivate greater support for efforts to fight climate change.  A further deluge of facts seeking to stir up fear and a greater response may only create a further retreat into denial.  Strategies that reduce fear and create a sense that we can make a difference today with simple positive action might prove more successful.  Moral arguments that emphasize shared values may also prove more effective, since decisions are often based on social interactions and values rather than scientific data.

And there’s always the power of experiencing a crisis.  If all else fails, a crisis related to climate change that people experience first hand seems guaranteed to generate a response.  Experience really is the best teacher, but the lessons might come too late.  We’re already experiencing some of the effects of climate change, and yet major action seems nowhere near.  Better if we can avoid a crisis by understanding how we deal with risks like climate change and developing more effective strategies for change today.

Glenn Croston is the author of The Real Story of Risk: Adventures in a Hazardous World, exploring the twisted ways we see risks and how this affects our lives and our world.  You can read more at www.realstoryofrisk.com.  He is also the author of Gifts from the Train Station, and 75 Green Businesses You Can Start to Make Money and Make a Difference.