Will Renewable Energy Be the Focus of Crowdfunding Social Entrepreneurs? 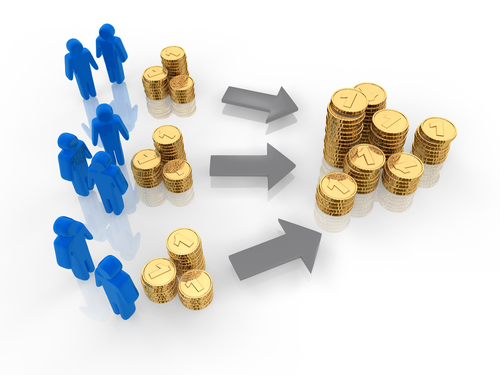 With the advent of Crowdfund Investing (aka equity or debt-based crowdfunding) will we now see technology merge with social entrepreneurship to solve some of the world’s leading societal problems?

Businesses measure performance in profit and returns. Social entrepreneurs measure performance in terms of positive impact on society.  Of the many things that a society needs to function are basic necessities like food, water and electricity.  We’ve seen the impact of the ebbs and flows of food in places like India and the necessity for clean water in Africa and the demand for cheap energy on many an island nation where they have to import their energy in the form of fossil fuels.  However with the advent of Crowdfund Investing (aka equity or debt-based crowdfunding) will we now see technology merge with social entrepreneurship to solve some of the world’s leading societal problems?  Probably so.

Even before Crowdfund Investing goes live in 2013, we’ve seen social entrepreneurs leverage technology to launch project on Kickstarter to bring water to Africa or even platforms like Terracycle that aims to turn trash into profits here in the United States. The crowd gets it.  If the governments or international banks can’t fund these projects, let’s let the communities do it.  What might be a hurdle for a local government to cough up $250,000 in funds could easily be achieved with the right social outreach.  And technology is the enabler.

Now you have platforms like Solarmosaic that are using crowdfunding to raise capital to put solar panels around the world.  Prior to my foray into legalizing crowdfunding, I helped a group of students in Puerto Rico launch a company called IslaViento.  The goal was to erect a wind farm on the island and utilize the trade winds to offset the insanely high energy costs.  (Puerto Ricans currently pay some of the highest prices for electricity in the world at 33 cents/kWh).  High energy costs equate to a lower standard of living because people have to forgo more of their earnings to pay for utilities.  A project of this scope would have positive impact for both a company, its customers and the community at large.

Getting capital to fund a renewable energy project with the collapse of the financials markets in 2010 was nearly impossible.  However only 3 short years later, the people of Puerto Rico will be able to come together, to pool small amounts of money to fully fund a project that major investors in Silicon Valley wouldn’t consider.  In doing so, they’ll have a vested interest in the success of the wind farm.   They’ll benefit from cheaper energy that is generated from a resource that is plentiful and as an island nation, they’ll stand to enjoy a better standard of living.

As Crowdfund Investing goes live in 2013 and more nations see the impact of democratizing the access to capital so people in communities can act as the defacto investors, we stand to see a resurgence in social entrepreneurship where regional ailments are addressed by entrepreneurs who seek to make a difference not just for them but for their communities as a whole.

Jason Best and Sherwood Neiss led the U.S. fight to legalize debt and equity based crowdfunding, co-authored Crowdfund Investing for Dummies and founded Crowdfund Capital Advisors where they provide strategy and technology services those seeking to benefit from crowdfund investing.