Locals Do It Better: GoVoluntr Helps Small Businesses with Effective Cause Marketing 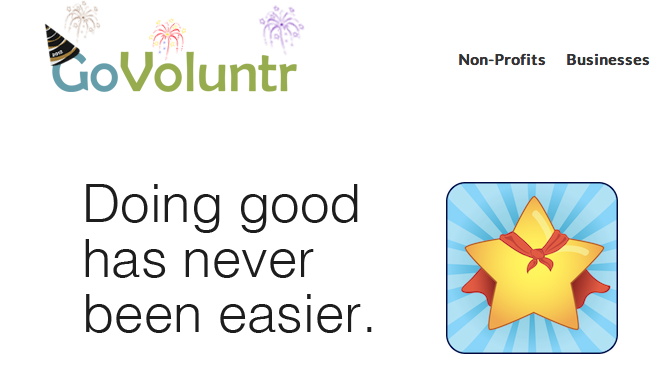 Cause marketing is complex, challenging and costly. Despite these known challenges both local organizations and businesses recognize the efficiency of cause marketing as a revenue booster and an awareness platform. These are the clear hurdles for social innovation, but ones that if confronted can reap substantial rewards for everyone involved.

I’ll admit it. I’ve got some pink clothes in my closet and even some pink items lying around the house. I mean real men wear pink, right? Especially when it’s for a good cause? As someone who’s had a close family member affected by breast cancer I’m nearly powerless when it comes to Think Pink products. But lately I’m starting to feel overwhelmed and underappreciated by these marketing campaigns and the data suggests I’m not alone. Cause-related marketing is increasingly met with skepticism and it’s easy to see why. Whether it’s a special colored holiday soda can, a tween pop CD to benefit a social cause, or a pink bucket of deep-fried chicken, we’re inundated with cause-related marketing campaigns.It wasn’t always this way.

Cause Marketing Helped Restore the Statue of Liberty

Cause-related marketing (CRM) started as the brainchild of Jerry Welsh, the Executive VP of Worldwide Marketing and Communications at American Express in the 1980’s. Based loosely on original funding mechanism to finish the Statue of Liberty assembly Jerry created an American Express marketing campaign in 1983 to restore the statue. During the last four months of that year every time an AmEx card holder swiped their plastic, one cent of each transaction was deposited in a fund to restore the weather-beaten lady of liberty. Each new AmEx card application contributed a full dollar to the restoration fund. The results were astounding. Card usage increased 28 percent in just the first month of the campaign, new card applications climbed nearly 45 percent, and a total of $1.7 million was raised to restore the Statute of Liberty in just four months.

By the early 1990’s, cause marketing was catching on in a big way. As word spread about the effectiveness of CRM and its long-term potential, corporate spending on cause marketing programs soared. According to International Events Group (IEG), spending on these programs skyrocketed upwards of 400 percent from $125 million in 1990 to $545 million in 1998. This resurgence gave rise to early modern models, like Avon’s “breast cancer crusade” or VH1 supporting local music education through its “Save The Music” campaign. But the efforts didn’t stop there.

Cause Marketing and Greenwashing?

Fast-forward to the present and CRM has evolved into a $1.5 billion market. Cause-related campaigns expand continents and exist for virtually every cause imaginable. And while we might be a little skeptical, we can’t deny they work. We all instinctively associate pink products with breast cancer awareness or red products with AIDS elimination. But its becoming increasingly difficult to stand out in an overcrowded market, especially if your color is, oh let’s say teal. Then you’re fighting for market space with Ovarian Cancer, Native American Reparations, Sexual Violence, Spaying and Neutering Pets, Substance Abuse, and Tourette Syndrome. And it’s no different for virtually every other color in the visible spectrum. It’s easy to see how consumers can feel these are ploys to exploit a good cause. So how can consumers track all these causes when they’re represented by more colors than a box of crayons?

The secret is to “think local.” Data shows we consumers still love a good cause, but home is undoubtedly where the heart is. It’s an answer Jerry Walsh discovered long before the Statute of Liberty campaign. Jerry noted in a 2009 interview that his famed statue of liberty project was the anomaly in which “… powerful national causes in the U.S. are very limited, and local CRM is probably the best way to go.” He and the AmEx marketing team reasoned early on that there is little interest in causes outside of a consumer’s immediate reach. And this isn’t just a hunch, there’s plenty of data to back up this observation. A study on consumer preferences shows 83% of consumers favor a local cause and 63% support a regional cause. The numbers fall dramatically for causes outside of their direct purview, with just 45% of consumers stirred by national causes and about half that for causes overseas. So while consumers may be splintered on which cause to support, like disease research or disaster relief, they’re nearly unanimous on where to put the money and cause marketing campaigns should be as well. Focusing promotions on a local level – whether through a chapter of a national organization or a local non-profit – is the most potent way to rally enthusiasm and score a win for both businesses and non-profit organizations.

How Can Small Businesses Use Cause Marketing Effectively?

All this research may help define the future to CRM, but implementing a usable solution is what counts. There are inherent problems with working at the micro level. Promotion marketing isn’t always cheap and small businesses usually lack the luxury of experimenting. Without the initial capital to sponsor a wide-spread promotion or the resources to reach out to neighboring non-profits, local businesses may feel they’re at a standstill. This struggle extends to community-based organizations too. Compared to national organizations, smaller non-profit organizations often encounter resource challenges when trying to educate promotion partners and helping to develop effective CRM concepts. Despite these known challenges both local organizations and businesses recognize the efficiency of cause marketing as a revenue booster and an awareness platform. These are the clear hurdles for social innovation, but ones that if confronted can reap substantial rewards for everyone involved.

A platform like GoVoluntr’s Volunteer Rewards might just do the trick. Businesses can provide discounted goods and services as a reward for volunteering hours with non-profits or choose to use products to endorse a specific cause. “Free stuff” can be an effective motivator to volunteer, especially for those individuals who aren’t yet familiar with the natural rewards of helping out. At the same time these rewards drive new patrons to these businesses, boosting revenues and brand loyalty for the business that gives back. In a world that is full of enough causes to fill the crayon box, recognizing volunteers with rewards for helping local causes sounds like the clear winner; and GoVoluntr is here to help. 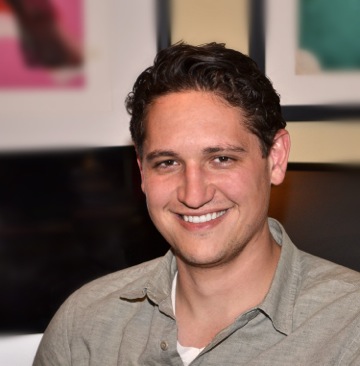 Michael “M.J.” Fogelstrom has a strong background in government administration, a knack for trying new things, and an insatiable appetite for long nights. As a former public sector employee M.J. is familiar with the impact of public-private partnerships and believes in the power of social media to empower them. He’s a recent graduate of the USC Masters of Public Administration program and knows he can use it to bring a fresh perspective to the way startups work. In his spare time Michael tries to figure out what to do with his newfound spare time.