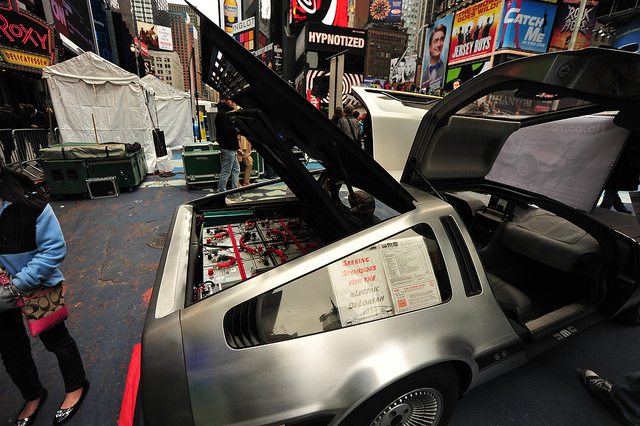 When Aptera Motors started developing their four door sedan in 2010, they had big goals. Their car would have been similar in size to the Honda Accord, but since it was made with such lightweight materials, it would weigh 1000 pounds less. It would have cost less than $30,000 which is cheaper than the electric cars currently on the market. And it would have made 190 miles to the gallon – the Nissan Leaf, by comparison, gets 99 miles to the gallon.

All of that sounds fantastic to me – but Aptera Motors will be closing before they can complete the vehicle.

The problem is that they haven’t been able to find enough investors. Aptera needed to be able to match $150 in investments to get a matching loan from the Department of Energy, but investors didn’t come forward and Aptera is having to keep their dream of a superior electric sedan, behind the garage door – for now.

CEO Paul Wilbur still wants to develop the vehicle, but as he said when discussing Aptera’s closing, “these are capital intensive industries”. Most people can’t just go outside and build an electric car; it takes a significant amount of resources. These normally come from investors in the company, but investors are more reluctant to spend their money on electric vehicles.

Companies like Tesla have racked up millions of dollars of debt working on their own sedans, which isn’t a promising example for potential investors. Solyndra’s recent bankruptcy is also setting a bad example.

Representative Darrell Issa championed the company, even as he derided the Obama Administration for their loan to Solyndra. But investors may not view Solyndra and Aptera as two separate entities – they may view all companies working with new, green technology as being essentially the same thing. If one fails, they must all be guaranteed to fail.

While that certainly isn’t true, it’s going to take something big to convince investors that the green industry is worth investing in – the old industries we have aren’t doing so well, either, and its time we start putting our money somewhere else. In the meantime, start-ups are going to have to keep scrounging for money and doing the best they can with what they have, and their supporters need to be vocal about the worth of this new technology.

Ultimately, we all need to prove that green technology isn’t just a buzzword or a passing fad; it’s the only viable future for our nation.