Another Reason to Switch to a Credit Union: Banks Fund Climate Change 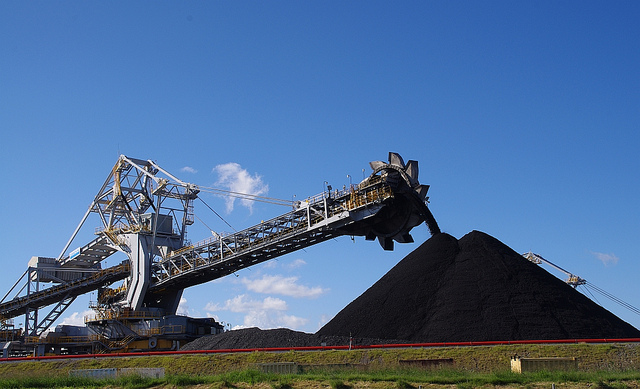 Do you need another reason to stop using your bank and switch to a credit union?

I didn’t think so – I certainly don’t need another reason – but we’re getting one anyway. A recent study, “Bankrolling Climate Change”, gives a disturbing look at how banks are funding the coal industry. Our use of coal is one of the major contributing factors to global warming, not to mention that coal mining itself is hideous.

Whether the coal is coming from traditional mines, whose well-documented dangers include inhaling coal dust and mines collapsing, or whether it’s harvested by companies who use mountaintop removal, it is devastating to our environment and to human life.

The report looks at the banks which have invested the most in the coal industry since 2005, the year the Kyoto Protocol came into effect. The top three offenders are JP Morgan & Chase, Citibank and Bank of America, but the report identifies 93 banks which are involved in investments for the coal industry.

Overall the banks have invested over $309 billion since 2005, despite the fact that many of them claim to be committed to combating climate change. If that wasn’t bad enough, the investments are also on the rise – the totals in 2010 were almost twice as high as those in 2005. Even the totals in 2008, when we were in the midst of an economic crisis, were higher than those in 2005.

In a time when it’s more clear than ever that we need a new source of energy, it’s a shame to see so much funding going into an industry that’s very blatantly destroying us. The salt in that cut is the fact that companies who are striving to find cleaner energy can’t get the funding they need.

Thirty-one coal mining companies and forty coal-fired electricity companies were involved in the analysis – that’s 44% of the world’s coal mining and 50% of the world’s coal-fired electricity. The impact that these investments are having on our planet can’t be overstated. That’s why when Citibank claims to be the “most innovative bank in climate change” and Bank of America says that “the most formidable challenge we face is global climate change”,

I have to wonder if they’re thinking of climate change in the same way that I am. Are they finding innovative new ways to spur along global warming? Are they challenged by the task of finding a less efficient form of fuel?

Keeping money in a vault locked behind the garage door isn’t realistic at this point, but that doesn’t mean we’re stuck supporting banks who are behaving so reprehensibly. Remind your bank that without you, they’re nothing – switch to a credit union today.