Profit Over Protection in Brazil? 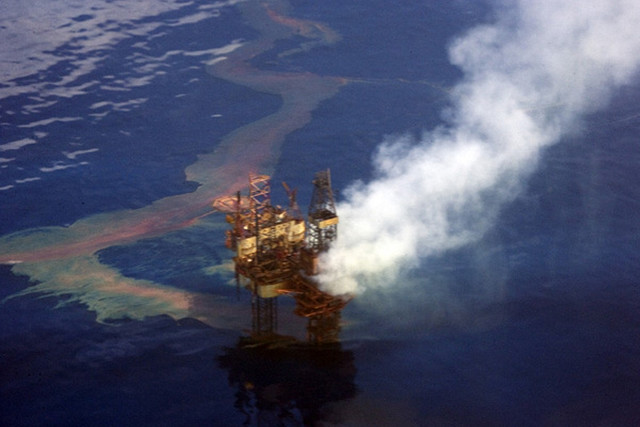 We’ve got another oil spill. This time it’s off the coast of Brazil, and Chevron has already stepped up to take responsibility for the incident, which occurred when the company didn’t correctly assess the pressure of the reservoir they were tapping. The oil leaked through a breach in the drill’s bore hole and has spread through seven nearby fissures in the sea floor.

Up to 110,000 gallons of oil have already been spilled, and up to 4,200 gallons may still be leaking from seabed cracks. The good news is that the sunny beaches of Rio de Janeiro haven’t been affected, so vacationers, vacation on!

In all fairness, it is certainly a positive that the oil hasn’t affected Brazil’s coasts – but it’s a small victory. Chevron has been working around the clock to clean up the spill, and they face millions of dollars in fines.

The Rio de Janeiro state environment minister, Carlos Minc, was quoted in the O Globo newspaper saying that Chevron “can’t come here and create whatever environmental mess they want” and that he “want[s] to see the CEO of Chevron swim in that oil”.

He’s not the only one who is upset. The spill is calling into question the safety of drilling off the coast of Brazil, where recent oil finds may carry up to 50 billion barrels of oil. Brazil hopes to be one of the top oil-producing nations within the decade. It’s an understandable goal: there’s money in oil.

We know that it exists, but until there’s a major problem, we don’t necessarily care. When there is a big problem, we scramble to fix it and then go back to doing things the exact same way.

That’s fine for our faucets, but it’s problematic when we’re talking about an environmental catastrophe that can cripple an entire ecosystem.

From here, it looks like Brazil shouldn’t be so excited to jump on the oil bandwagon. With the promise of profit, though, it’s unlikely that they won’t tap into those reservoirs.