Congress Fails Our Children by Claiming Pizza is a Vegetable 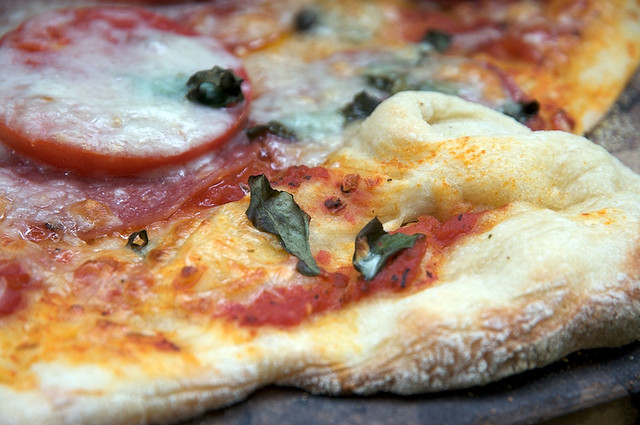 Recently, America has had to come to terms with the fact that apparently, Congress thinks that pizza is a vegetable. It’s a decision that’s raised a lot of eyebrows – the tomato paste used for sauce doesn’t really seem to counteract the crust, cheese and pepperoni that make up the rest of a slice of pizza.

It’s like declaring that a house is a garage door, or that an airplane is a tray table; it’s actually a figure of speech called synecdoche, in which part of an object is used to refer to the whole object. Broadening that out, a synecdoche is a form of metaphor, and that’s a figure of speech in which two dissimilar things are equated because they have something in common.

Alright, then – what do pizza and vegetables have in common? They can both be eaten, certainly. Vegetables are often part of pizza. And they each had a chance to be featured more frequently on school lunch menus, but somehow only pizza made the cut. It’s too bad, because pizza isn’t known to prevent cardiovascular disease or aid in weight loss. Pizza doesn’t even grow – and it turns out that’s the whole point.

Congress didn’t block changes to school lunches because they sincerely believe that pizza is healthier for children than vegetables are. It blocked the changes because if children are eating vegetables, schools don’t need to purchase food from companies like ConAgra and Schwan.

Of course it’s not that simple. They have to be clever about it, so they argued that providing children with more vegetables would be more expensive and that it would lead to more waste because children don’t like vegetables and would throw them out. That’s questionable.

For most of human history, children ate vegetables because they simply didn’t have french fries and pizza. If children weren’t raised on unhealthy, greasy food, they would happily eat vegetables. This is where the school kitchen really has the ability to impact children’s health: if it gives them vegetables from day one, they’ll eat vegetables. Instead, it’s giving them pizza and setting them up for failure.

Unsurprisingly, it’s the people who have the most to gain from kids eating these unhealthy foods who have created the expectation that kids want to eat them in the first place. Their manipulative advertising appeals to children and leads their parents to believe that it is normal and acceptable if their child wants only processed, frozen food. It’s not.