North East to Implement Their Own System for Electric Vehicles 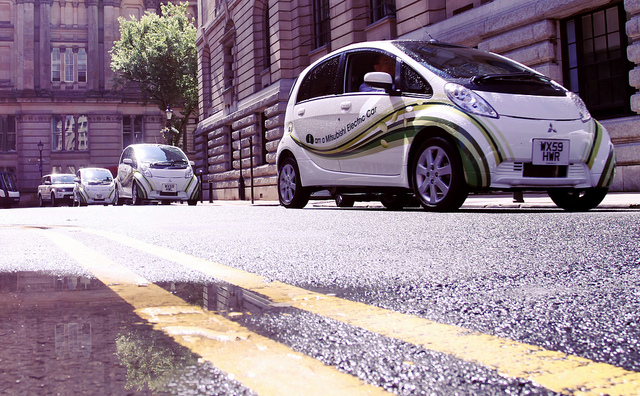 The Northeast Electric Vehicle Network is a new coalition of states who have banded together to support clean energy and to reduce dependence on foreign oil while reducing the environmental impact of vehicles.

They will be working with a $994,500 Electric Vehicle Readiness Grant awarded to the New York State Energy Research and Development Authority, and they’ll use the money to create a more effective infrastructure for electric vehicles. That means more charging stations, which will allow an increased number of people to drive electric cars.

New York has already incorporated a number of Chevy Volts into the fleet of vehicles that city workers drive, including the police department. They’ve banded with Connecticut, Delaware, Maryland, Massachusetts, New Hampshire, New Jersey, New York, Pennsylvania, Rhode Island, Vermont and Washington, DC to form the new Vehicle Network, which will ultimately facilitate the use of electric vehicles up throughout the Northeast and Mid-Atlantic.

In addition to creating the infrastructure that will allow and encourage more people to drive electric vehicles, the group will be fundamental in creating the standards for such an infrastructure. Because they’re the first group in the country to really undertake this task, what they’re doing is really important: when the rest of the country has to implement their own system for electric vehicles, they’ll be looking to see what the Northeast did first.

The use of electric vehicles is becoming increasingly important. Transportation alone causes 40% of New Jersey’s greenhouse gas emissions, for example; reducing or eliminating the emissions from vehicles could go a long way towards improving air quality and slowing global warming.

As more data regarding global warming becomes available, it’s getting increasingly difficult for skeptics to deny that climate change exists; the recent Berkeley Earth Surface Temperature study shows an increase in global temperature of 1 degree Celsius since the 1950s.

While that information isn’t precisely new, the Berkeley study took into account common complaints against previous studies – that they used biased data or ignored heat islands around urban areas – so that the evidence it presents is more conclusive than any before it. This shifts the debate from whether global warming exists, to the most effective ways to prevent and counteract it.

Rethinking the nation’s transportation infrastructure is an important part of that, and the Northeast Electric Vehicle Network is making big strides in that area. With their help, the number of electric cars behind America’s garage doors will grow until they outpace their outdated, gas-guzzling counterparts.