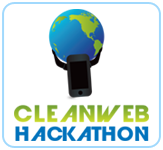 The CleanWeb Hackathon is an upcoming gathering (September 10 & 11th) in San Francisco to demonstrate the impact of applying information technology to resource constraints. The goal is to organize a competition to build apps and hacks exploiting new sustainable business models while leveraging the mobile and social web. The hackathon is an interesting concept that builds on creative thinking and information technology.

We challenge attendees on what they can do in 24 hours with utility, transport and smart grid datasets that might just change the world just a little bit. You will spend an intense 24 hours hacking and presenting with some of the nation’s brightest developers. At the end of a marathon hack session, teams will demo their apps and hacks for the audience and a group of select judges. The event will bring together Developers, Entrepreneurs, Students interested in CleanWeb. It’s a fantastic opportunity to develop something great, learn about CleanWeb and meet like minds.

Sunil Paul is the brain behind CleanWeb and his group is looking to bring in inspired and talented developers who want to create CleanWeb tools in an attempt to win some $5,000 worth of prizes. Sunil invests in cleantech and is also co-founder and chairman of the Clean Economy Network, the largest green business organization the US and Spring Ventures, venture fund that invests in and incubates novel technologies and companies addressing resource scarcity, energy security and climate change.

So What is CleanWeb?

“CleanWeb” is a category of clean technology that leverages the capability of the internet, social media, and mobile technologies to address resource constraints. At the Green:Net conference in April, the Spring Ventures founder said

Watch Sunil’s speech on the topic at Green:Net in April here.

Some examples of the CleanWeb in action are the rise of car-sharing services, which reduce emissions dramatically by allowing users to find rides with others. Another example is the room-sharing service AirBnB, which allows people to rent out rooms their homes, and has already booked two million nights around the world since 2008. Another promising area for CleanWeb innovation is transportation. Paul says,

“There are a wave of companies trying to make more efficient use of your vehicle by sharing it with others,” including Spride, And mobile applications for these services put a car at your fingertips. If there is a symbol of CleanWeb’s opportunity it is the cell phone.”

With all this potential, the upcoming hackathon promises to harness technology and human ingenuity to bring about greater social good. It has caught the attention of companies like OPOWER and Microsoft who are platinum sponsors of the event. Some of the most creative minds will be at this event include Yves Behar, who will be judging the competition. Yves is the founder of fuseproject, the San Francisco and New York based design and branding firm he established in 1999 and is a well-known futurist, humanist and naturalist!

Important Media and the Ecopreneurist are proud to be media sponsors of the CleanWeb Hackathon. Stayed tuned this week as we cover the event and bring you some of the awesome new ideas featured through this competition!