Jeffrey Hollender & Seventh Generation: Lessons Learned at the End of a Chapter 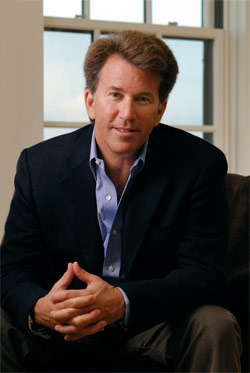 Jeffrey Hollender was unceremoniously ousted from Seventh Generation, a company he founded and worked tirelessly at for 23 years. There was much speculation about the entire episode when his profile disappeared from the company website and Ecopreneurist covered the story under “Managing and Disclosing at 7th Generation: Where’s Jeffrey Hollender?” More controversy followed when there was absolutely no communication from Seventh Generation on the ouster for two weeks after Hollender was fired from his own company. All this lead to mistrust and demands for transparency from stakeholders who gave the company a bad rap for their crisis communications. Everything that happened during this time was against the very principles that Seventh Generation stood for.

Mr. Hollender has since admitted that clashing with the new CEO “over the pace of Seventh Generation’s expansion” was the reason for his firing. But, earlier this month at Sustainable Brands 2011, Hollender systematically revealed the reasons he was fired from Seventh Generation, his failures-

“How did I fail? How did I get myself fired?

These admissions of failures or missteps are valuable lessons for those in the sustainability business. It’s hard to agree on which one of the reasons is most important but what Mr. Hollender has revealed, he didn’t do, are the pillars that help sustain a “green” business and its continued growth. The problem at Seventh Generation was that the billion dollar growth plans and Mr. Hollender’s founding values did not converge. At a company where sustainable values aren’t important, the above four failures probably would not result in different growth definitions and parameters, but it made a huge difference to a company like Seventh Generation. These are the principles that were probably ingrained in Mr. Hollender but were not “formalized”, leading to the “replacement” of the founder and his values.

Since moving on, Jeffrey Hollender released his new website, blog and book. one of his latest ventures, the American Sustainable Business Council works to “ensure a vibrant, just, and sustainable economy” shows he has moved on to bigger projects.

Jeffrey Hollender’s saga with Seventh Generation has ended. But one thing is sure that whatever he is doing, Jeffrey Hollender will not cease to be the ‘green champion’ he has become or be far from advocating business sustainability, to those who care to listen.