The Catch-22 of CSR & Economic Recovery

Last updated on by Jennifer Kaplan

This is a guest opinion post by John Friedman. 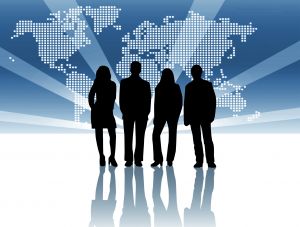 True economic recovery in the United States is caught in a Catch-22. The economy is stuck in ‘neutral’ while employers hold off on job creation until consumers start spending again, while consumers (particularly those who are out of work or fear for their jobs) are not comfortable enough to start spending until unemployment goes down. Despite the efforts to cast blame on the actions of a few companies and individuals, people seem to have lost their faith in the system. Regulation, looked to by some as the answer, has followed like somnambulant policeman arriving long after the accident to write a report on what happened. The concept of ‘corporate social responsibility’ itself is being looked upon by some credible sources as an oxymoron.

A recent OpEd in the Wall Street Journal states, in part:

The argument is based on the false premise that shareholders are a company’s primary (or sole) stakeholders and that their interests are in inflating the next bubble rather than in sustainable, long-term economic recovery and growth. Personally I’d rather my investments (including my home value) grew at a reasonable rate than continued in a cycle of boom and bust while I hope to time things exactly right to avoid the negative consequences.

In order words, the case against corporate responsibility is, in fact, as case for more responsible corporate behavior.

The article goes on to point out that:

“Pressure from shareholders for sustainable growth in profitability can (solve the problem). It can lead to incompetent managers being replaced and to a realignment of incentives for executives, so that their compensation is tied more directly to the company’s long-term success.”

This will benefit the shareholders. In addition, we must also recognize that the interests of other stakeholders often are aligned with those of shareholders. This includes customers for whom corner cutting on quality prevents repeat business; employees who recognize that eschewing safety puts them at risk and results in lower productivity and morale (as well as higher medical, insurance and legal costs). Communities that feel a company is risking environmental catastrophe limit growth by blocking permitting and may vote against a business by boycotting its products.  Even competitors will benefit from responsible behavior as the misdeeds of one company can often taint the entire industry (as well BP’s Gulf of Mexico blowout resulted in a universal moratorium on deep water drilling). And, if shareholders are to be encouraged to invest for the long haul (which is after all in the company’s best interest) there is a business case for engaging in responsible actions that reduce the need for legislation and regulation that add to operating costs, etc.

So, as the American economy seems afraid to move forward and fears moving backward, we would do well to look back to the original captains of industry who built companies to pass down for generations to come rather than to sell regardless (or despite) their long term prospects. Built to last was the mantra then, and it needs to be the mantra again. It is time to return to the values that were once the acknowledged foundation of the American economy.

John Friedman has more than 20 years’ experience in internal and external communications and a decade in the area of corporate responsibility and sustainability including developing and implementing award-winning programs that maximize stakeholder engagement, community relations, organizational development, change management, and strategic philanthropy.